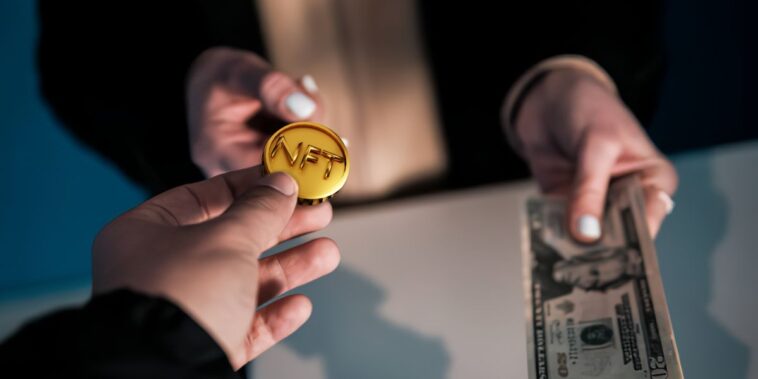 In an advisory opinion published on December 15th, the U.S. Federal Election Commission (FEC) ruled that political campaigns will be able to use NFTs as fundraising tools. The opinion involved the case of DataVault Holdings, a Delaware-based company that supplied NFTs to political campaigns, which then rewarded people who made donations with the NFTs.

According to the language in the official document, the FEC said that because DataVault sells the NFTs in the normal course of business, including for the making of a “reasonable profit” and under the same mode of business as it would for non-political clients, the procedure would in fact be legal.

The two examples DataVault submitted in its solicitation of an opinion involved a campaign issuing an NFT to someone who made a $10 donation to the campaign. The other involved a person who received an NFT soliciting another person to make a donation. The first person, then, would receive a second NFT as a reward.

The language in the advisory opinion also notes that the any entity that engages in similar transactions “indistinguishable” from those of DataVault can rely on the opinion for guidance. But, the author notes that the opinion may change over time depending on “subsequent developments” in the law, including statutes and regulation.

The use of NFTs as a fundraising tool, while still uncommon, gained popularity during the midterm elections as more politicians wished to appeal to grassroots voters. It also opened the conversation about the transparency of using NFTs to raise money, as the law in many states (and federally) requires campaigns to submit information about people who donate.

NFTs Upend Many Industries in 2022

Non-fungible tokens, while still known for art or pictures of Bored Apes, have upended many industries in 2022, sparking innovation. This year, we have written countless stories about different industries using NFTs for many purposes. Here are three.

First, on December 16th, Deepak Chopra announced a partnership with TIMEPieces to launch an NFT collection. The collection comes with a twist, however: Holders will be able to read Chopra’s best-selling book “The Seven Spiritual Laws of Success” through the NFTs. And they come with a new introduction to the book and Chopra’s reflections of each chapter as well.

Next, on December 9th, Warner Music Group revealed it was partnering with Polygon to launch a new NFT music platform called “LGND.” The partnership shows the ongoing march of music NFTs, which have gained popularity as another means for bands and artists to raise money. LGND already has its first partner label: Spinnin’ Records, which has signed top electronic music artists.

Lastly, five months ago, blockchain company NFT Tech shared that it had partnered with Hawk-Eye Innovations, a subsidiary of Sony Sports. The goal? To connect Hawk-Eye’s live sports data with the large NFTs sports market. The marriage between the two companies shows the bullishness many sports entities have of the NFT space.

The FEC’s advisory opinion that allows for the use of NFTs as fundraising tools shows that innovation is continuing in the NFT space. And as the other examples show, that innovation extends to many industries that are looking capitalize on this still-new technology.