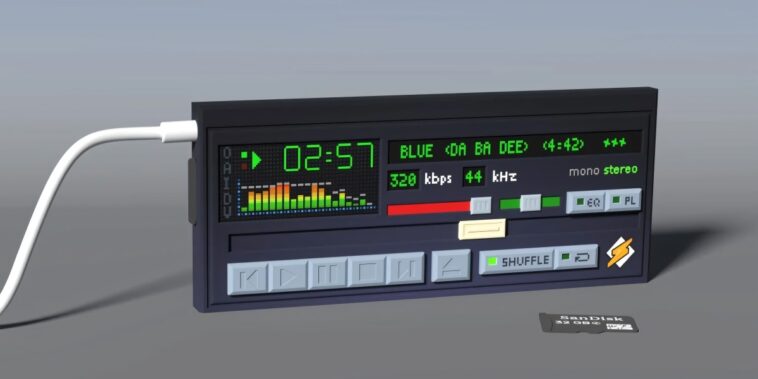 Winamp, the digital music player that dominated the scene in the 1990s, has officially added functionality for Ethereum and Polygon music non-fungible tokens. Now, Winamp users will be able to play songs embedded in their Ethereum and Polygon NFTs and organize them like they would any other type of music file.

The move comes as Winamp seeks to reinvent itself in the Web3 space. Nine months ago, it announced its entrance into the nascent technology sphere by creating a non-fungible token collection. In it, artists reimagined the original Winamp skin and published the artwork as NFTs in an OpenSea collection.

Update 5.9.1, the official name of Winamp’s innovation, will be music to the ears of NFT lovers. It officially creates support for audio and video files in ERC-721 and ER-1155 formats, which are the most popular for the creation of NFTs. The update is a precursor to Winamp’s larger move to create a platform that connects fans and music artists, slated for release in 2023.

Alexandre Saboundjian, Winamp CEO, said in a statement that the “genesis” of Winamp has always been about innovation and accessibility. He added that now users will be able to play audio NFTs in a music player that they’ve always used. This puts Winamp on the leading edge of music players as more artists explore Web3.

Update 5.9.1 also reduces Winamp’s memory footprint and introduces many security upgrades. Currently, the music player has 83 million users worldwide, making it a still popular choice for many music enthusiasts out there. There’s no doubt it will start to appeal more to the Web3 crowd and begin to stand out in the new tech landscape with its innovation.

While many industries have dove into the waters of Web3 this year, few have done so with as much gusto as the music industry. At Rarity Sniper, we have written countless stories about musicians and music labels getting involved in the next iteration of the internet. Here are three.

First, five months ago, Timbaland dropped a Bored Ape-themed NFT music video. The video, titled “Congo Has a Meaning,” features two of Timbaland’s Bored Apes: Congo and Pinky. In a nice Web3 twist, the music video itself came as an NFT.

Next, seven months ago, Snoop Dogg and Steve Aoki collaborated on a new NFT EP. In a surprise, the two airdropped certain tracks from the EP to holders of other Snoop Dogg or Aoki NFTs. For the venture, the two artists worked with Gala Music.

Lastly, eight months ago, Armando Pérez, better known as Pitbull, shared his views about NFTs with CNBC at a conference in Miami. Pérez said that NFTs hold a great deal of promise for musicians, especially those in careers where outside forces are suffocating musicians’ creativity.

Winamp’s latest update is interesting news for the music NFT space and shows that some companies are still innovating in the field. Here at Rarity Sniper, we’ll pay close attention for further developments in the story.