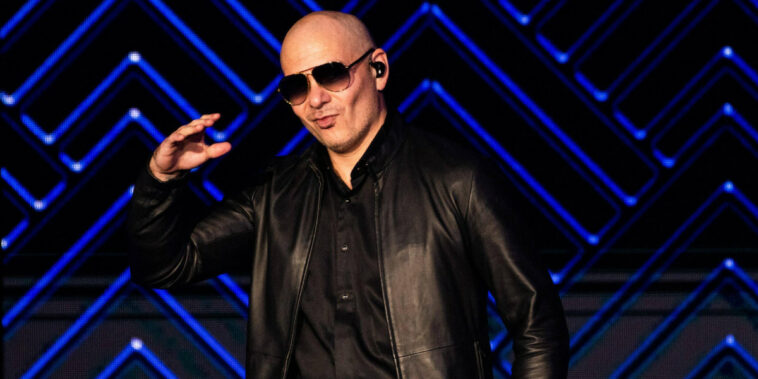 Armando Pérez, better known as the rapper Pitbull, sat down with CNBC at a conference in Miami to talk about cryptocurrency and non-fungible tokens. Of the many soundbites Pitbull gave, one about NFTs stood out: They hold a great deal of promise for musicians.

The statement came as Pitbull relayed that most musicians when they reach a certain height in their careers, can feel stymied by the business aspects of the profession. Non-fungible tokens allow musicians to be creative again, a bullish signal for NFTs disrupting the music industry.

Part of the appeal of NFTs for Pitbull is that they have many different use cases, allowing fans to interact with recording artists in new ways. One of the examples he gave was an NFT that enables the fan to have a unique experience at a concert. He said that in the NFT space, “we are building the plane as we’re flying it.”

Still, the rapper is cautious about investments he makes in the space. NFTs (and cryptocurrency) are a bit “like the Wild Wild West right now.” Although NFTs might have started as a technological innovation, when people “found out they could make money” on NFTs, it became like “swimming in bloody water” with sharks.

Pitbull is not new to the Web3 scene. Years ago, he invested in a blockchain company, which led to his deep dive into crypto and non-fungible tokens. Today, he is signed with the music NFT platform OneOf, which also has a deal with the Grammy’s to produce music-related NFTs.

And like Pitbull has suggested, the music industry has taken to NFTs as few other industries have. Some developments in the past year include:

As the CNBC interviewer hinted at in the interview with Pitbull, music NFTs can also cut out music industry middlemen. And because royalty arrangements are baked into smart contracts, musicians may regain some power that recording companies and streaming companies have stolen.

Time will tell if Pitbull’s venture with OneOf and his other investments in Web3 pay off, but there’s little doubt that NFTs could continue to disrupt the music industry and lead to new ways for fans to connect with artists.