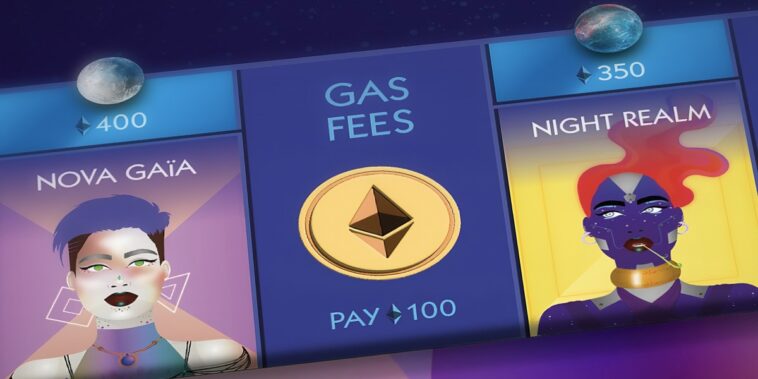 Hasbro, a global toy brand, and World of Women have teamed up to create a unique version of Monopoly. Named “World of Women Galaxy Monopoly,” the board game will first be available as an NFT to World of Women and WoW Galaxy holders. Later, NFT holders can redeem their Monopoly NFT for a physical version of the game.

Yam Karkai, the co-founder of the World of Women collection, said “partnering with a historical brand like Monopoly” is an incredible opportunity for WoW holders and the general collective.

World of Women Galaxy Monopoly will have many of the same features as the original Monopoly but with a twist: the artwork will come from the World of Women and WoW Galaxy collections. An example is the in-game Monopoly currency, which will now have portraits of WoW NFTs.

WS Company, the only high-end toy designer with a Hasbro license, will produce the game. Kerry Addis, co-owner of the WS company, said that joining forces with WoW is “a great opportunity,” partly because WoW has the mission of promoting equal opportunity between the genders in Web3.

There’s no timetable yet for the game’s production, when it will be released, and when WoW holders can expect to see it in their Web3 wallets. A WoW representative emphasized that the art in the media samples is just a teaser and not necessarily indicative of the final product.

After 2021 saw World of Women’s rise to blue-chip status among non-fungible token collections, 2022 has been a year for building. Here are three examples of news involving World of Women this year.

First, actress Reese Witherspoon’s company Hello Sunshine partnered with the collection. The goal is to bring the WoW NFTs to life in a mixture of media, including film and television. Yam Karkai said at the time that she couldn’t have found a better partner than Witherspoon.

Second, accounting firm KMPG bought World of Women #2681. The intention behind the high-profile purchase was to draw attention from more females to this area of technology, which is changing the way “we interact with one another.”

Finally, the WoW team made a huge announcement a few months back, announcing a partnership with the metaverse The Sandbox. The agreement started a World of Women foundation with four goals to push for more inclusivity in the NFT space.

The WoW-themed Monopoly game is also good news, especially for World of Women holders. And it shows the potential of NFT companies partnering with IRL companies: By using the IP of NFT collections, a company can create interesting cross-over products.