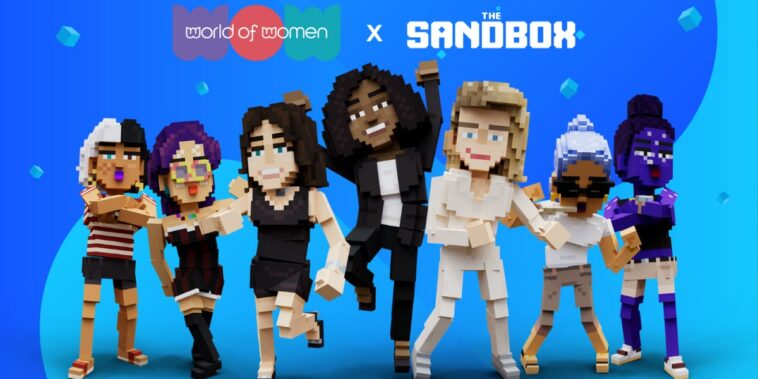 On International Women’s Day, the standard-bearing women-led NFT project had a big announcement: a partnership with The Sandbox to bring more inclusivity to the NFT space.

The Sandbox will contribute $25 million over five years to a World of Women Foundation as part of the agreement. The Foundation will have four primary goals:

The World of Women team and The Sandbox will combine forces for the WoW University and WoW Academy. The University will educate newcomers, aided through interactive experiences within The Sandbox. The Academy will be like an incubator program, providing advice, funding, mentoring, and access to the WoW and The Sandbox networks.

Yam Karkai, the founder of the World of Women collection, said that they are “thrilled” to be teaming up with The Sandbox and that they will use the grant to lead and support “new women” in the Web3 and NFT spaces.

Sebastien Borget, the co-founder of The Sandbox, said that the grant signals the organization’s “intent” to provide an inclusive space for women within The Sandbox metaverse. The goal is to build equitable long-term “growth and opportunities” for women in Web3.

World of Women Continues to Steam as a Top Collection

World of Women, a collection launched in the late summer of 2021, has quickly risen through the ranks of blue-chip NFT projects. It became one of the first women-led NFT projects to gain mainstream success, as seen in recent weeks with KPMG’s purchase of a WoW NFT and Reese Witherspoon’s intent to bring the WoW NFTs to television and film.

The 10,000 profile picture collection is known for its refusal to incorporate male gaze and celebrate different body types and skin tones. It also began with a special club set to receive royalties of WoW NFT sales on OpenSea. Known as the “Royalty Club,” this unique distinction led to one of the highest sales for a WoW NFT ever, nearly right out of the gate.

Today, the floor price of the WoW collection is one of the highest of all PFP collections launching in 2021 — 7.8 ETH or $20,390. And it has celebrity endorsements from Gary Vaynerchuk and Logan Paul, in addition to Reese Witherspoon. There’s no doubt the collection is strapping in for the long haul with this The Sandbox partnership.