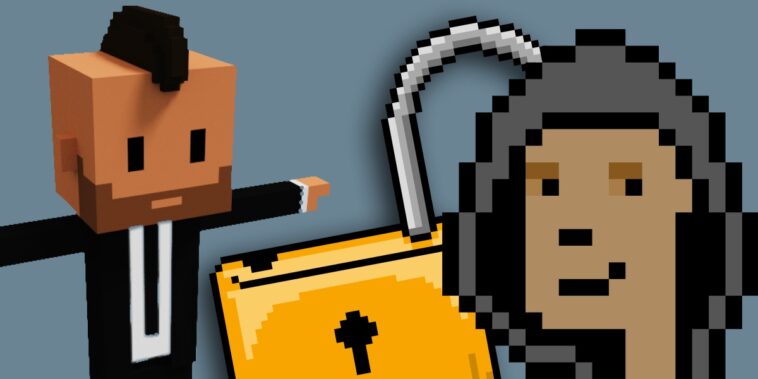 In a long-anticipated moment for CryptoPunks and Meebits holders, Yuga Labs officially released IP rights for those collections this week. The release grants holders of those NFTs full commercial and personal rights, which they can use for any endeavor they choose.

Yuga Labs told CryptoPunks and Meebits holders in a Tweet that the official agreement for the intellectual property rights is now live and that the main goal for such an agreement was to do the right thing for the communities.

IP rights had long been a sticking point for some CryptoPunks and Meebits owners, as the previous owner, Larva Labs, had withheld giving owners the ability to use their NFTs for commercial use. After Yuga Labs purchased the collections from Larva Labs earlier in 2022, they hinted at giving owners full commercial rights to their NFTs.

The seriousness reflects the current landscape surrounding commercial rights for owners of NFTs, especially considering some of the bait and switch tactics employed in other collections. Recently, Kevin Rose, a well-known tech entrepreneur, changed the IP rights in the Moonbirds collection to a Collective Commons license without consulting the community. There was an outcry on NFT Twitter over the move.

When Yuga Labs granted Bored Ape Yacht Club holders commercial licensing rights to their NFTs, the move was a novelty in the NFT space. Now, seemingly a day doesn’t go by when there’s a discussion about the rights NFT owners have. Here are three stories in which Bored Ape owners have used their IP rights for commercial projects this year.

Last week, Major League Soccer “signed” Bored Ape #6045 to a pro contract. The move came in partnership with ge3, a division of Get Engaged. Although the details of the “contract” are not known yet, it is possible MLS will capitalize on the popularity of the Bored Ape Yacht Club brand to draw attention to its soccer league.

Two months ago, Rarity Sniper reported that rapper Snoop Dogg plans to open a pastry shop in Los Angeles with his favorite Bored Ape front and center. The shop will be called “Dr. Bombay’s Sweet Exploration” and will feature Bored Ape #6723.

Four months ago, Mexican tequila company Siempre Tequila announced that it had “hired” Bored Ape #5132 (nicknamed “Chido”) to be its official Spokesape. Chido is the unofficial mixologist of the Bored Ape Yacht Club and already has his own Twitter account.

Given these examples of Bored Ape owners using their commercial rights, CryptoPunks and Meebits owners may see similar opportunities to make a little extra money with their NFTs. It certainly shows that this innovation within the NFT space continues to spark interest.