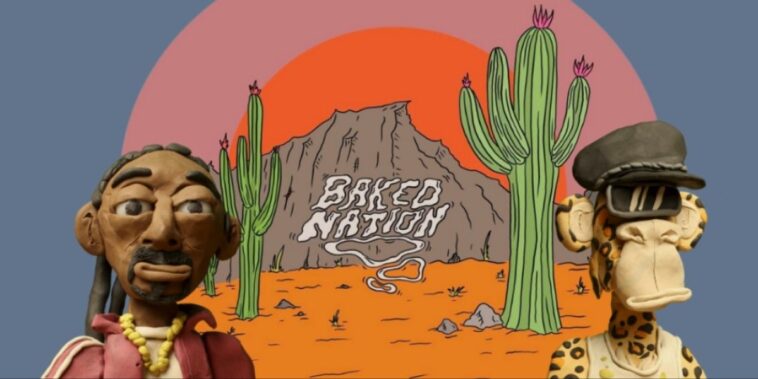 In a recent tweet on Food Fighters Universe’s page, Snoop Dogg formally announced his collaboration on this new BAYC eatery. Snoop can be seen sporting a picture of “Dr. Bombay” (aka Bored Ape #6723) on his hat and T-shirt in this new clip.

In the latest announcement, Snoop Dogg didn’t drop any details on an opening date or menu items at Dr. Bombay’s. However, Food Fighters Universe says it will release special NFTs that may link with a rewards program or in-store perks.

Snoop Dogg’s son Cordell Broadus is also working with Food Fighters Universe to make Dr. Bombay’s a reality. In recent interviews, Broadus said he believes Web3 technologies like NFTs will be the “future of the restaurant industry.”

Will Yuga Labs be involved in building Dr. Bombay’s?

Although Yuga Labs created the 10K Bored Ape Yacht Club collection, it grants NFT holders full IP rights over their avatars. Therefore, it’s legal for Snoop Dogg and Andy Nguyen to use their apes in logos, merchandise, and branding.

A significant reason investors and entrepreneurs buy a Bored Ape NFT is to enjoy its valuable IP. Since the Bored Ape Yacht Club is the most mainstream NFT project, using one of these avatars can quickly attract a customer’s attention.

Dozens of other businesses have begun using the BAYC’s IP to promote everything from beauty products to beverages. For instance, the Miami club E11EVEN spent $400,000 to own Bored Ape #11 and use it in its marketing. Even Universal Music bought Bored Ape #5537 for its band “KINGSHIP.”

There are also plenty of spirits brands that have begun using a Bored Ape as their official mascot. In fact, Happy Dad Hard Seltzer execs recently told Snoop Dogg they’re working on a banana seltzer that will feature Bored Ape #8928. Other brands like Siempre Tequila and Monkey Shoulder have used Bored Apes in their marketing campaigns.

So, even though Yuga Labs didn’t “sign off” on these ventures, it’s within an NFT holder’s right to use a Bored Ape to give their brand a boost.