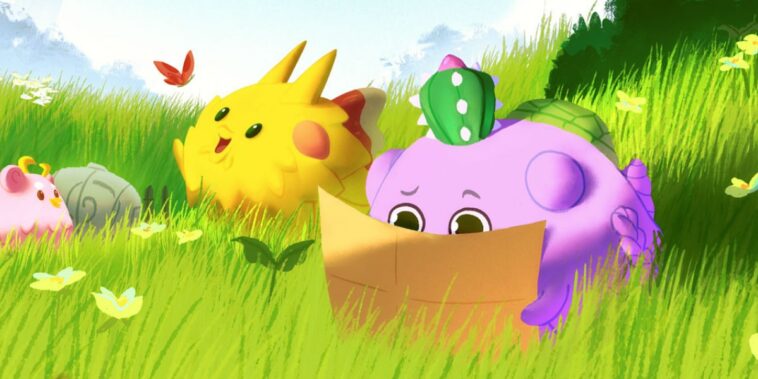 The blockchain-based gaming giant Axie Infinity is the most searched non-fungible token (NFT) collection on Google in the world.

The gaming giant had over 3.85 million monthly global searches, according to a report by Design Bundles, a platform that offers resources and a marketplace to help designers create and sell art.

Axie Infinity is an NFT-based game that runs on the Ethereum blockchain. Developed by Vietnam-based studio Sky Mavis, it lets players trade, breed, and battle each other with NFT creatures called “Axies” to earn cryptocurrency.

Launched in 2018, it is now the most used play-to-earn blockchain game to date and the NFT collection has sold over 4.14 billion in total sales among nearly two million traders.

According to the report, the second most searched NFT collection is Sandbox, although with considerably fewer searches per month at 553,000.

The Sandbox is a popular decentralized metaverse where players interact and create experiences in digital spaces. Parcels of digital land have sold for millions of dollars in the Sandbox, and celebrities like Snoop Dogg and companies like Gucci own land in the metaverse.

In general, the popularity of NFTs has been rising in recent months with the global number of searches for “NFT” averaging 5.1 million hits per month, an almost five-time increase since late 2021.

Gaming in the Metaverse with Axie Infinity at the Helm

Although gamers have been critical of play-to-earn games — claiming they often add no gaming improvements and wrongfully incentivize players — that hasn’t stopped game developers and companies from getting on board the NFT and metaverse bandwagons.

Atari, Nintendo, Krafton, and Konami are only a few of the traditional gaming companies that are investing in NFTs and the metaverse.

Perhaps these companies watched the success of Axie Infinity or simply believe in the benefits of blockchain and NFT technology in gaming. Either way, they hope to leverage their audiences and their successful games and characters to enter the metaverse and Web3 economy.

But for now, Axie Infinity appears to be leading the way. Currently, the platform has close to three million users worldwide and there are reports that the game has become so popular in the Philippines people are quitting their jobs to play full-time.

While that might sound ludicrous, many players can earn more from Axie Infinity gaming activity than in local jobs.