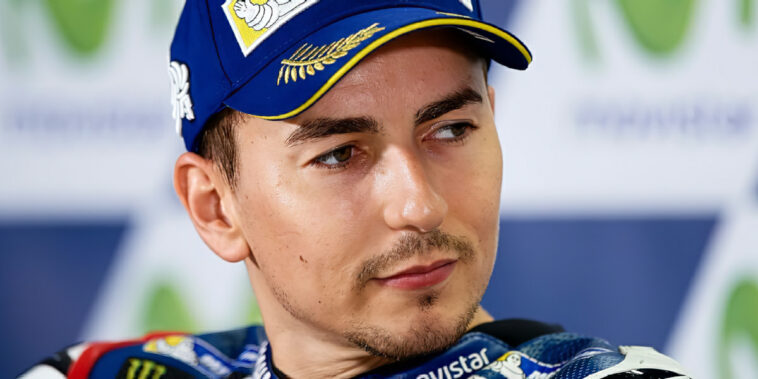 The MotoGP Web3 world just got a little more daring. According to a press release, three-time champion Jorge Lorenzo (X-Fuera) has partnered with MADworld and Animoca Brands to launch an NFT collection. The set will consist of four drops:

Lorenzo said he is “super excited” to partner with MADworld and Animoca Brands. He added he would “bring on a show” to ensure that the NFTs are super valuable. Through his new broadcasting career and presumably the NFT collection, he wants his fanbase to know he is still taking on challenges.

Robert Tran, the CEO of MADworld, said that this collaboration with Lorenzo is “fascinating.” He also remade that many athletes are bound geographically and that he wants his company to help them enter a more expansive Web3.

In addition to the NFT drop, Lorenzo’s entrance into Web3 will include various events. Some of those events include experiences with Lorenzo himself, memorabilia giveaways, and virtual get-togethers. People interested in the Lorenzo NFT set can click on the link to the press release here and follow X-Fuera’s social media channels. There is no timetable for the drops yet.

The Racing Industry Is Embracing Web3

While the sports industry seems bullish on Web3, racing has barrelled directly into the space. And it’s not just individual racers doing so — whole teams and events are getting in on the act.

One example is the Mercedes Formula One Team. It has partnered with FTX US to release a series of “ticket stub NFTs” for every race the team competes. The NFT drop is a little unusual because the ticket stub NFTs are free to claim. The only stipulation is that a fan needs to hold some cryptocurrency in their FTX wallet.

Crypto.com, a popular cryptocurrency exchange, recently announced it would drop a Formula One NFT set before the 2022 Miami Grand Prix. In this “Miami Minted” collection, users could choose from one of eight Grand Prix tracks to mint, and the NFTs would come with street art from the race.

Finally, the Indy 500 said it would drop three different NFT sets from the 2022 race. Two of them are open to the public, while the third is for people holding Indy 500 IRL tickets. According to reports, the NFTs will come with additional utility, and details are forthcoming.

Time will tell how Jorge Lorenzo’s racing NFTs will do, but there’s little doubt that the larger meta of racing entering Web3 continues.