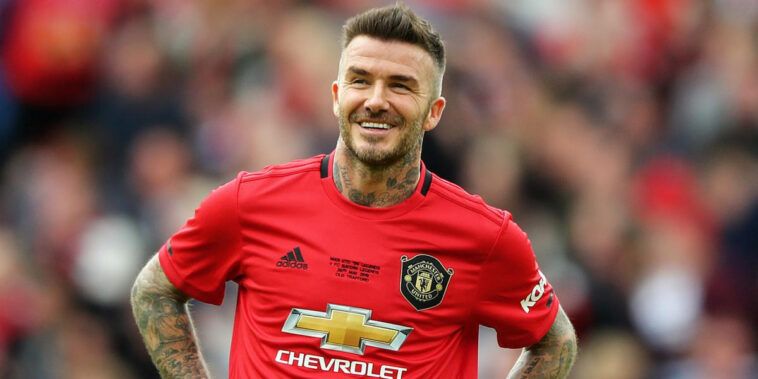 The trademarks were filed with the United States Patent and Trademark Office (USPTO) on April 19 and shared on Twitter by Mike Kondousis, a trademark attorney, on April 24.

In March, Beckham also became the brand ambassador of DigitalBits, a layer-one blockchain protocol that enables the tokenization of assets and NFTs. DigitalBits brands its blockchain technology as being fast and eco-friendly compared to other platforms.

The legendary footballer’s career spanned over twenty years and earned him such international stardom that he was decorated with the Order of the British Empire, receiving the title of sir.

Beckham is far from the only sports star to become a brand ambassador for a Web3 company recently.

Tennis grand slam champion Naomi Osaka is a brand ambassador for FTX, a crypto exchange based in the Bahamas. And in 2021, FX Empire reported that Argentinian football legend Lionel Messi would receive part of his welcome bonus to Paris St. Germain in the club’s fan token.

Furthermore, Binance is sponsoring Argentina’s national soccer team and Crypto.com is now the sponsor of the US professional women’s soccer team Angel FC. Crypto.com also has a partnership with the LA Lakers and LA Kings and etched a $700 million dollar deal in 2021 to become the title sponsor of one of the most iconic arenas in all of sports — previously known as the Staples Center in Los Angeles.

Beyond sponsorships, superstar athletes including Tom Brady, Lebron James, Floyd Mayweather, Mike Tyson, and several others have released NFT collections or filed trademarks related to Web3 and the metaverse. And sports leagues from the NBA to the UFC, as well as individual teams such as the Dallas Cowboys and New Jersey Nets, have all invested heavily in these nascent technologies over the last year.

Because NFTs open new avenues for athletes and teams to connect with fans and generate new revenue streams, many believe they will become the biggest revenue generators for global sports brands in the years to come.

We’ll have to wait and see how things pan out with sports and NFTs. But we’ll certainly be keeping our eye out to see what Beckham brings to the NFT and metaverse spaces in the coming months.