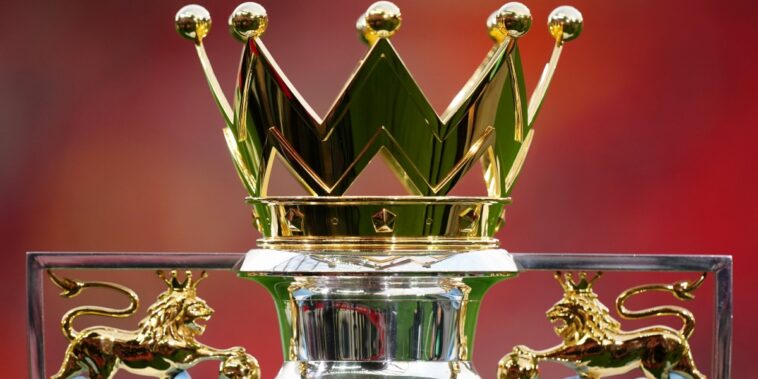 One of the most popular sports leagues in the world, the English Premier League (EPL), has filed two metaverse-related trademarks with the United States Patent and Trademark Office (USPTO).

The trademark, filed on June 1st, 2022, involves the league’s name and two logos: the “lion head” logo and the “loving cup trophy” logo. The news was revealed by licensed trademark attorney Michael Kondousis on Twitter on June 6th.

The Premier League is regularly watched by over a billion people around the world. Although no specific plans for the trademarks were mentioned, Kondousis said the move represented a “logical step to protect the brand in today’s economy,” which is moving towards cryptocurrency, NFTs, and the metaverse.

Although no one can say exactly how Premier League will use its trademarks, it’s likely the soccer league will make use of non-fungible tokens (NFTs), cryptocurrencies, digital tokens, digital collectibles like trading cards, and virtual merchandise and apparel for the metaverse.

Kondousis also mentioned that he believed the number of sports teams and leagues venturing into the metaverse will likely keep rising — a prediction that from our vantage point seems probable.

The Premier League is far from the only sports league to venture into the metaverse. Sports leagues, teams, and even players have been taking advantage of new technologies and filing trademarks, dropping NFT projects, and buying up land in the metaverse at an alarming rate — and soccer is one of the sports leading the push.

Recently, Manchester City, the Premier League champions, netted a deal with Sony to build the first virtual soccer stadium in the metaverse, an agreement that will employ Sony’s Hawk-Eye technology to make watching games hyper-realistic from the comfort of your home.

In other news, Italy’s Serie A became the first soccer league to broadcast a game in the metaverse, FC Barcelona — another top-ranked team — publicly stated that it would be delving deeper into NFTs, crypto, and the metaverse, and in the US, Major League Soccer (MLS) inked a deal to release NFTs on the fantasy sports platform Sorare.

Since NFTs and the metaverse have created new ways for leagues, teams, and players to connect with fans and sell digital collectibles, they’re becoming a big thing in sports. We’ll have to wait and see what the Premier League plans on doing with its trademarks, but at the very least the move signals it’s keen on protecting its interests and establishing a presence in the Web3 space.