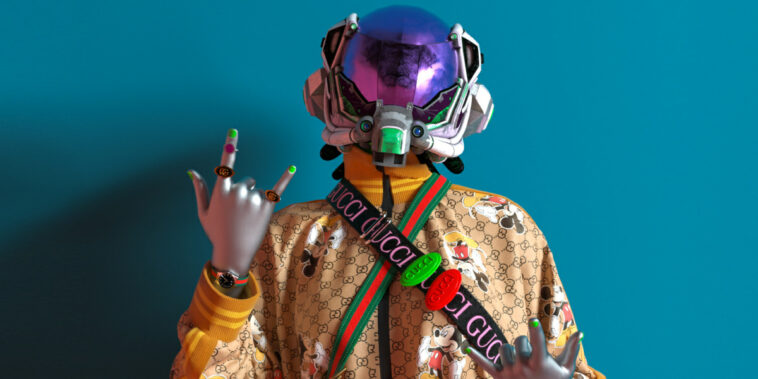 The luxury fashion brand Gucci recently announced that it will be accepting cryptocurrency payments at five select physical locations in the United States.

Beginning at the end of the month, the pilot program will allow customers to pay for merchandise using cryptocurrency at the following Gucci locations: Miami Design District, Wooster Street New York, Rodeo Drive in Los Angeles, The Shops at Crystals in Las Vegas, and Phipps Plaza in Atlanta.

According to a press release shared with CNN, the program will be expanded to include Gucci’s full North American network by sometime this summer.

In the press release, Gucci stated that it was a “digital-first luxury brand” and that this is the next step in its “Web 3.0 journey.”

The move to accept cryptocurrency at physical locations isn’t Gucci’s first foray into NFTs and Web3 spaces. In March, the brand debuted the Gucci Vault, a digital store in the popular metaverse The Sandbox. The virtual real estate is used to sell both digital and physical Gucci products and to create virtual experiences.

Around the same time, Gucci teamed up with SuperPlastic to release its first NFT collection titled SuperGucci — which was available to purchase in the Gucci Vault as well as on SuperPlastic’s website, and can still be bought on secondary NFT marketplaces like OpenSea.

And Gucci is far from the only luxury fashion brand using NFTs and the metaverse to expand its reach and offer customers digital products and experiences. The French luxury brand Louis Vuitton recently added profile pic (PFP) NFT rewards to its mobile app game Louis: The Game, and Dolce & Gabbana and Prada have released NFT collections on the Polygon blockchain.

The benefits of NFT technology, which enables people to create unique, verifiable digital assets that can be traded, bought, and sold securely on blockchains, are proving to be irresistible for companies in a myriad of industries, including fashion, music, sports, and more.

Although it will take time to see how customers react to the option of using crypto to make purchases at Gucci stores, we expect many more brands and companies will follow suit and begin to offer crypto as a payment option.