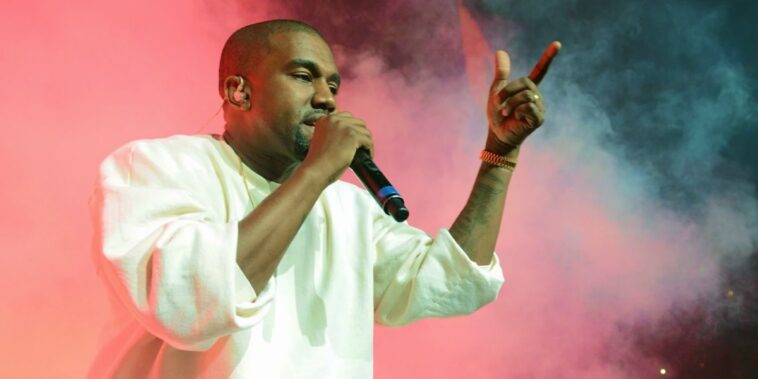 In January, Kanye West made it crystal clear that he wasn’t interested in minting an NFT collection. However, newly released documents suggest West is at least taking a closer look at the possibilities of Web3.

At the end of May, Kanye West’s Mascotte Holdings sent multiple patent requests related to NFTs and the metaverse to the US Patent & Trademark Office. All 17 of West’s trademark filings seek to protect his famous “Yeezus” label in many business ventures.

There aren’t any specifics on how West would use “Yeezus” in Web3, but the recent patents suggest “metaverse experiences” and “NFTs” are on the table. West’s “Yeezus” patents also mention many IRL products and experiences, such as:

Some in the NFT space speculate Kanye West is working on a Yeezus NFT market because these patents include the phrase “online retail stores.” However, Mascotte Holdings also listed “physical retail stores” in its trademark requests.

Neither Kanye West nor Mascotte Holdings have commented on these recently revealed patents.

Hip-Hop Artists are Hyped About Web3

Speaking of Snoop Dogg, the Cali-born hip-hop icon has been incredibly proactive in merging Web3 into the modern music industry. Just a few of the “Doggfather’s” most innovative blockchain projects include:

Although Snoop Dogg is the most ambitious exponent of Web3 technologies, other big-name musicians have begun experimenting with NFTs. For instance, Ice Cube recently decided to sell partial ownership of his BIG3 basketball teams with tiered NFTs.

The Canadian DJ Grimes also launched a highly successful NFT collection on Nifty Gateway. Back in 2021, Grimes’ entire NFT collection sold for $6 million, with the most valuable digital token (“Death of the Old”) raking in about $389,000.

It’s unknown what Kanye West will do with his metaverse patents, but there’s no question many rappers, DJs, and hip-hop artists will continue exploring the cutting-edge of Web3.