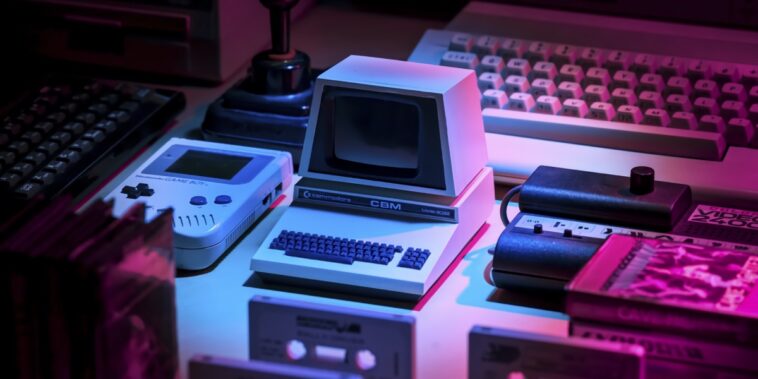 There’s a new buzzword that’s been making headlines and floating around crypto-enthusiast, technologists, and Venture Capitalist circles in a big way — Web 3.0.

Coined in 2014 by Ethereum’s co-founder David Wood, the concept is inspiring billions of dollars in investments from a myriad of companies, brands, celebrities, and institutions that believe Web 3.0 is the future of the internet.

Proponents of Web3 (as it’s often written) are hopeful that nascent technologies like blockchain, cryptocurrency, non-fungible tokens (NFTs), and artificial intelligence (AI), will re-democratize the internet and promote transparency and the ethos of decentralization. Some even think it could signal the end of Web 2.0 — the current internet age that’s dominated by giant, centralized companies like Facebook (Meta), Twitter, and Google — and usher in a new era when internet users are the owners and beneficiaries of their own content and data.

In this article, we’ll review the history of the internet and how Web 3.0 fits into it, the key features of Web 3.0 and the technologies involved, and finally, we’ll conclude with a brief look at who’s investing in the space and what they’re doing. Overall, we aim to give you a better understanding of what Web 3.0 is and what it could be so that you can make more informed decisions about the space.

A Brief History of the Internet

The internet has proven to be one of the most transformative technologies the earth has ever known. But while most of us use it and all of us are affected by it, we don’t usually think about its history and evolution.

Listed below is some information about the first two phases of the internet:

But although Web 2.0 has connected and transformed world, it never became the democratic, decentralized internet that Web 1.0 aspired to be. Instead, power has been concentrated in the hands of a few centralized companies that have complete control of users’ data. As a result, there has been and continues to be a lack of privacy for users. In fact, the exploitation of user data is one of the main driving forces behind Web2.

Furthermore, in the age of the “data economy” and targeted ads, users are not the owners of their digital content, such as the photos and videos they upload online. Often, users’ data is sold to third parties for marketing purposes and on the most popular social media sites, the content on your feed results from the company sorting data by the information you gave them freely. In other words, in Web 2.0, users are the product.

Proponents of a decentralized Web 3.0 hope that technologies like blockchain, NFTs, and cryptocurrencies will change all that. Let’s look at how Web 3.0 works.

As mentioned, Web 3.0 was coined by Ethereum’s co-founder Gavin Wood in 2014. However, it’s worth noting that some of the ideas of Web3 (or what has been called the ‘semantic web’) predate blockchain technology and cryptocurrency.

In 1999, Tim Berners-Lee, the creator of the World Wide Web a decade before, coined the term the “semantic web” to refer to his vision of the third generation of internet-based services that would collectively comprise the “intelligent web.”

Here are some of the most important aspects of Web 3.0 as the intelligent web:

But Web 3.0 doesn’t stop there. For folks who believe Web 3.0 should be a “decentralized online ecosystem based on blockchain,” like Gavin Woods, there are a few other critical components of Web3. They include:

As you can see, Web 3.0 is a big concept comprised of many smaller ideas and technologies. Like the metaverse, it is not set in stone, but rather an evolving idea that has a future that depends on several variables and technologies working together over time.

Another big idea that is very much connected to Web 3.0 and depends on the integration of several technologies is the Metaverse.

Key Technologies for a Decentralized Web

We’ve discussed some of the key components and ideas that shape Web 3.0. Now let’s take a step back and review the technologies that are fundamental to forming a decentralized Web 3.0.

Listed below are three of the most important technologies to understand Web 3.0:

These four nascent technologies are fundamental to forming a more democratic, decentralized, and transparent Web that proponents of Web 3.0 are hoping for. For an example of a Web 3.0 ecosystem that implements all the above technologies, you can check out the secondary NFT marketplace Rarible.

By keeping an eye on how brands, companies, influencers, and celebrities are investing in Web 3.0, you can gain a better understanding of Web 3.0’s capabilities and potential future.
Listed below are some of the most recent headlines in the Web3 space:

At Rarity Sniper, we cover Web 3.0 news every day, and over the past six months, the energy and momentum behind Web 3.0 have grown at a rapid pace.

Is Web 3.0 the future internet?

The truth is Web 3.0 is currently as much of an idea as it is a reality. And although Web 3.0 ecosystems exist and every day we’re seeing more investments in the space, only time will tell what it becomes and what role it will play in our lives.

However, the sheer volume of investments makes it look like Web 3.0 and its supporting technologies — even if they don’t upend Web 2.0 completely as some people hope—are here to stay. For content creators and individual users of the internet, this could be good news.

For daily NFT and Web 3.0 news, you can visit Rarity Sniper News, and for investment information, check out our most recent article on How to Invest in Web 3.0?