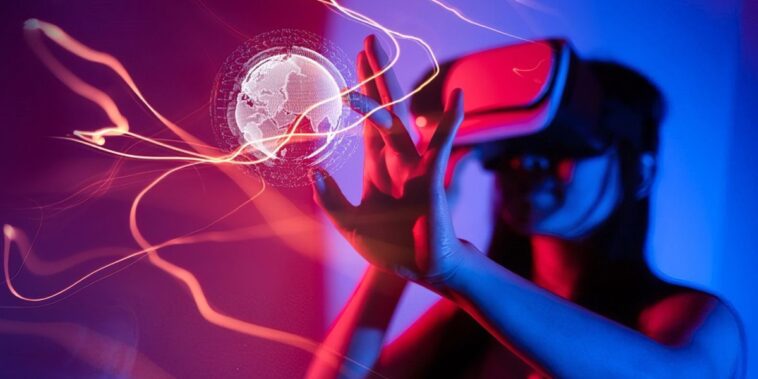 The consulting firm McKinsey & Company predicts the global metaverse industry will generate $5 trillion by 2030. According to their analysis, McKinsey researchers believe over half of this $5 trillion figure will go to e-commerce spending.

McKinsey & Co. detailed the reasoning behind its bold predictions in a study called, “Value Creation in the Metaverse.” This new report shares data the McKinsey team gathered from over 3,400 participants in four areas: China, the USA, Europe, and the Asia-Pacific region.

In addition to speaking with average consumers, McKinsey asked business leaders and VC firms about their metaverse strategies. The majority of people McKinsey & Co. spoke with had a favorable view of metaverse applications.

When McKinsey spoke with consumers, they found that almost 60 percent could name one activity they enjoyed more in the metaverse versus IRL. Most respondents said they preferred to shop in the metaverse, but customers also enjoyed visiting live events, playing video games, and attending fitness classes on Web3 platforms.

Although McKinsey & Co. believes the metaverse will bring in revenue from multiple industries, it believes e-commerce will be the dominant force at $2.6 trillion by 2030. For comparison, McKinsey analysts say metaverse education and advertising will account for $200 billion each, while Web3 gaming will be worth about $100 billion.

If McKinsey & Company’s report seemed too rosy, it’s relatively conservative compared with Citi’s metaverse predictions. As Rarity Sniper recently reported, Citi has a low-end target of $8 trillion for the global metaverse market cap by 2030. In the best-case scenario, CitiBank says the metaverse could be worth $13 trillion.

Bloomberg also reported that the metaverse market will be at least $800 billion by 2024. However, unlike McKinsey & Company, Bloomberg sees blockchain gaming as the core revenue driver for this industry. In fact, Bloomberg researchers suggest half of this projected market cap will come from video games.

The venture capitalist firm Andreessen Horowitz (a16z) also appears to see the most potential in the metaverse gaming sector. Recently, a16z launched a $600 million fund for Web3 video games. The California-based firm argued the metaverse would drive billions into the global gaming sector.

Whether e-commerce or gaming dominates the global metaverse market cap, there’s no doubt more investment firms are big believers in this emerging industry.