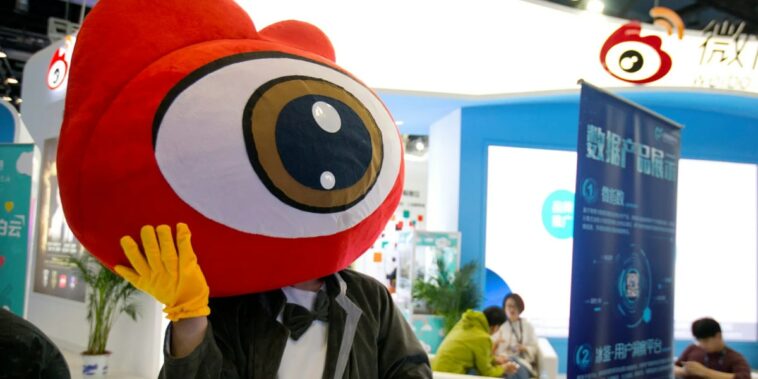 Weibo, one of China’s most successful social media sites, opened an NFT marketplace on March 17th.

Called “TopHolder,” this new NFT market will let Weibo users mint, sell, and swap NFTs of their texts directly on its app. However, people who want to use TopHolder must abide by a few company-specific regulations.

First off, everyone interested in trading NFTs on Weibo has to submit standard KYC info and documents. This may include details like a government-issued ID, phone number, and email account.

Once TopHolder users pass KYC verification, they must respect Weibo’s anti-plagiarism policy. Although Weibo didn’t say what would happen to users who tried to sell copied NFTs, it suggested violators could face significant restrictions.

Weibo also says it will not allow users to instantly “flip” NFTs for a quick profit. TopHolder users will be subject to a holding period of 180 days.

Founded in 2009, Weibo has grown to become one of China’s most famous “Twitter-style” platforms. Current estimates suggest Weibo has an audience of just under 250 million daily active users.

Chinese Companies and Customers are Warming up to NFTs

The demand for NFTs appears to be just as high in China as it is everywhere else on earth. According to Bloomberg, it only took about one minute for Chinese collectors to snap up 10,000 “Sword of Goujian” NFTs. Virtual collections ranging from historic Buddhist paintings to animated pigeons have also sold out on trendy Chinese NFT platforms.

The Chinese cloud provider Xunlei also entered the digital collectible space when it announced an NFT market on its ThunderChain blockchain. It appears Xunlei’s NFT market will target businesses who want to purchase the rights to art, audio, or video files that help them appeal to customers.

A few other Chinese companies that now offer some form of NFTs include:

The Chinese government appears to have a more favorable opinion of NFTs than it does of fungible cryptocurrencies, but local NFT markets still have to abide by unique regulations. Many NFT platforms avoid using the term “NFT” to prevent legal hassles. Instead, Chinese NFT markets list their tokens as “digital collectibles.” Currently, it’s also challenging for Chinese NFT holders to sell their NFTs on decentralized secondary markets.

In the past few months, China’s leaders have warned against “speculation” in the NFT industry. For this reason, Chinese companies like Weibo use KYC verification and mandatory holding periods when setting up NFT markets.