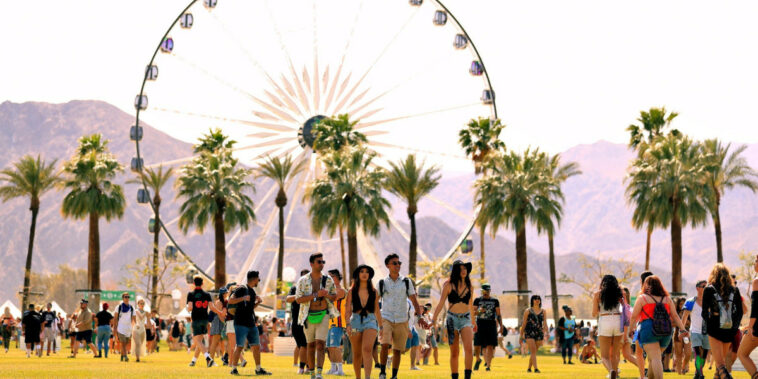 Music festival Coachella and cryptocurrency exchange FTX have teamed up to give free non-fungible tokens to 2022 passholders. The NFTs will come with several on-site perks, including:

The Bloom NFTs — as Coachella is calling them — will start as seeds, then bloom into different types of flowers. The type of flower a person receives will denote which perk they are given. A random selection of NFT holders will receive six rare flowers, which the holders can redeem for premium upgrades. These upgrades include VIP passes, 2023 weekend passes, and premium merchandise.

The non-fungible tokens will also act as digital proof of attendance items, similar to how wristbands have worked in the past.

The Bloom NFTs are not Coachella’s first foray into the world of NFTs. In February, they announced the launch of three separate NFT collections, including some with limited edition sizes. The music festival also said it would hold auctions for a small set of NFTs that would serve as lifetime passes to the festival.

Coachella’s use of the Bloom NFTs indicates a trend growing in the Web3 space: linking non-fungible tokens to physical items. In the past few months, a company sold a house in Florida represented as an NFT. Hennessey sold an NFT linked to several IRL benefits. And Mike Tyson dropped an NFT set that had some NFTs linked to physical merchandise.

As Kevin O’Leary, a shark on the show Shark Tank, noted in January, NFTs have strong use cases for collectibles. Most notable among these use cases is the ability to prove provenance or the ownership chain of the NFTs. The ability to prove provenance enables a buyer to determine the authenticity of an item, something that is difficult for collectibles that aren’t represented by non-fungible tokens.

The Coachella Bloom NFTs also call to mind a popular statement amongst NFT degens: “Wen utility?” By attaching physical items or privileges to its NFTs, Coachella has created utility for them. While there is no word whether these Coachella NFTs can be resold, it is not hard to see a world where concerts drop NFTs collections to passholders that are sellable or tradeable.

Time will tell how passholders receive these Coachella NFTs, but there’s no doubt that the music festival is deep into Web3.