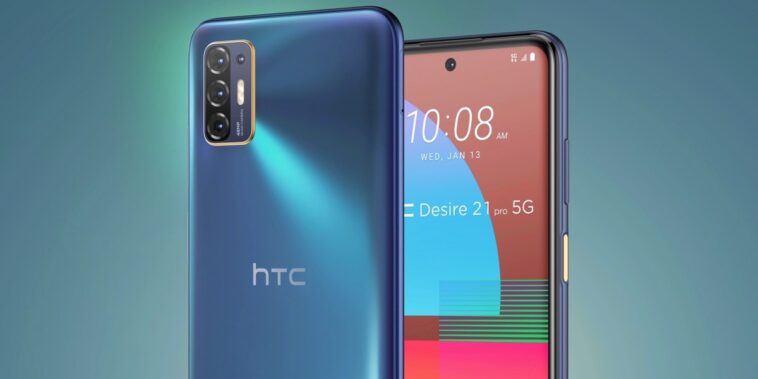 After months of delay, HTC appears ready to launch its hotly anticipated “metaverse smartphone.” According to HTC’s Twitter page, the Taiwanese electronics company will unveil its “metaverse phone” on June 28th.

Aside from a rectangular design that mimics the shape of a smartphone, HTC didn’t reveal any specs on its new product. However, most reporters believe HTC’s latest smartphone will link with the company’s Vive VR headset and its “VIVERSE” metaverse.

When HTC first discussed plans to build a “metaverse phone,” the company suggested it would have this product ready by the spring of 2022. However, HTC says supply chain issues forced it to push the reveal date to this summer.

Released in 2018, the Exodus 1 has many blockchain-friendly features, including a built-in hardware crypto wallet and a Web3 browser. The crypto exchange Binance also partnered with HTC to design one of its Exodus 1 phone models.

It’s clear HTC isn’t afraid to add Web3 features to its products, but it has yet to say how its new smartphone model will expand on the Exodus 1.

HTC may be the first company to market a “metaverse phone,” but many other tech companies are interested in building mobile devices with VR and AR capabilities. In fact, “the metaverse” was a key talking point at the 2022 Mobile World Congress (MWC).

Telecom companies, tech giants, and chip manufacturers at the 2022 MWC discussed how to bring metaverse applications into mobile phones. Execs from Facebook’s parent Meta and the California chip company Qualcomm suggested it would take years of research and development to realize the metaverse’s full potential.

Japan’s Sony Corp. also developed a unique Spatial Reality Display tablet that can show 3D images without a cumbersome headset. According to a 2022 company briefing, it doesn’t appear Sony is anywhere near done experimenting with metaverse tech.

Apple also appears to be entering the metaverse wearables space with rumors of a VR headset. Even if these speculations don’t materialize, Apple’s CEO Tim Cook has said he wants to bring more AR applications to the App Store.

While VR headsets may be a requirement for many metaverse apps, this technology is influencing how companies think about designing mobile devices.