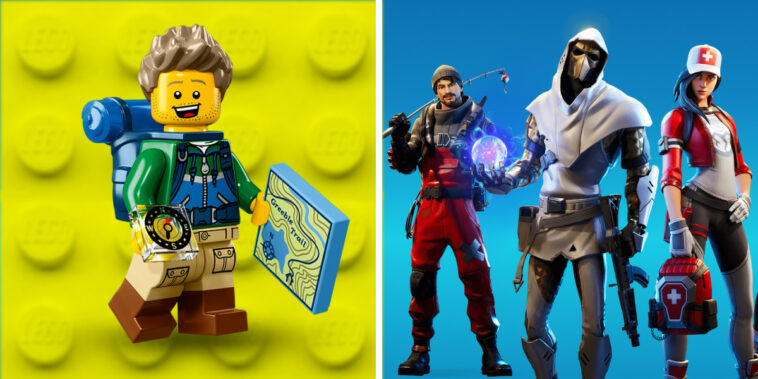 Epic Games announced on its website Thursday that it has partnered with The LEGO Group to create a metaverse for kids. The long-term partnership will focus on building an “immersive” and “creatively-inspiring” digital experience for all kids “to learn together.”

Although there is no timetable for the mentioned kids’ metaverse, the two companies agreed on three principles to govern their decision-making processes:

Niels Christiansen, CEO of The LEGO Group, said that LEGO believes there is “huge potential” for kids to develop skills like “creativity,” “collaboration,” and “communication” through digital experiences. Christiansen also notes that kids already enjoy moving between the digital and physical worlds.

It is unknown what this combined LEGO and Epic Games metaverse will look like, as the announcement was light on specifics. But Epic Games already has metaverse-building experience through its hit game Fortnite, which grossed between $8 and $9 billion from 2018 to 2019. That game started as a first-person shooter and eventually grew to encompass player-created worlds and big-name concerts.

The Breadth and Depth of Metaverses Is Growing

It appears every day like there’s another bit of news about the metaverse, and one thing is for sure: the concept is not slowing down. In the past months, countless companies like American Express have applied for Web3 trademarks, others like Gucci have purchased digital land in metaverses, and celebrities like Mike Tyson have dropped NFT collections.

An interesting development has been the creation of niche metaverses that serve specific populations. Like Epic Games and LEGO want to create a kids’ metaverse, others have built metaverses around food, video games, and fashion.

Though the news coming out of Decentraland and The Sandbox, the two top decentralized metaverses, continues to grow, some niche metaverses have been making waves. Take OneRare, for instance, which just launched its food metaverse in the United States.

Time will tell what Epic Games and LEGO’s metaverse looks like, but if Epic Games’ success with Fortnite is any indicator, it could be worth checking out.