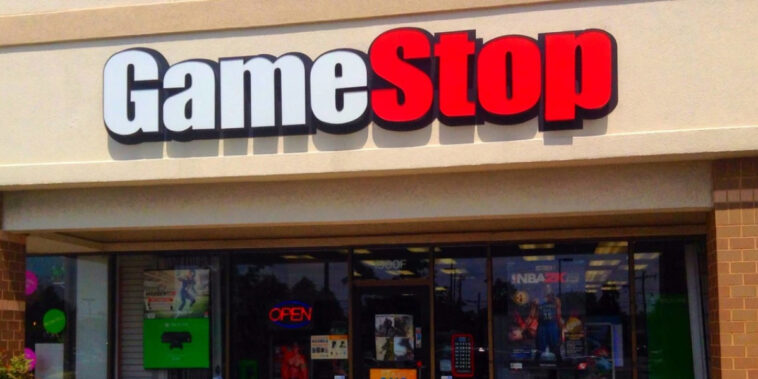 On Wednesday, Gamestop announced the launch of its Ethereum non-fungible token marketplace. Because it is still in beta, the marketplace does not allow trading yet, although users can complete some functions.

The marketplace, highly-anticipated, is built on Loopring, a layer-2 Ethereum solution. It uses zero-knowledge proofs to submit thousands of layer-2 transactions to Ethereum in one batch, keeping gas costs under $1. Gamestop hailed the approach as meaning that no NFT collector or creator would get left behind.

Adam Browman, announcing the launching in a Medium post, wrote that Loopring will allow users to receive the “strongest digital property rights” in a secure, decentralized, and “credibly neutral” Ethereum environment.

2022 has been the year of the NFT marketplace so far. LooksRare, X2Y2, and others have sprouted up in the past few months, often siphoning users from leading marketplace OpenSea with vampire attacks and coin offerings.

The most prominent name still yet to launch is the Coinbase NFT marketplace. Although the company initially said it was planning to launch its marketplace before the end of 2022, it has not communicated a firm date.

However, Gamestop’s marketplace plans to be a little different from the marketplaces mentioned above. As part of the announcement about the marketplace, the company said it would focus on gaming NFTs, a growing niche of the entire NFT market. To that end, it partnered with Immutable X to create a grant program for NFT creators.

It is uncertain whether any grants have been given out yet, though if Gamestop’s timeline for the marketplace launch is any indication, the company does not like to waste time.

Still, Gamestop’s move showed that some companies are looking to move past the general NFT marketplace and concentrate on niches. Another example is the Bob Dylan-founded Snowcrash marketplace, which will focus on music NFTs.

With NFT marketplaces becoming a hot commodity (and generally welcomed by the NFT community), there’s no doubt that more news on this front will come forward.