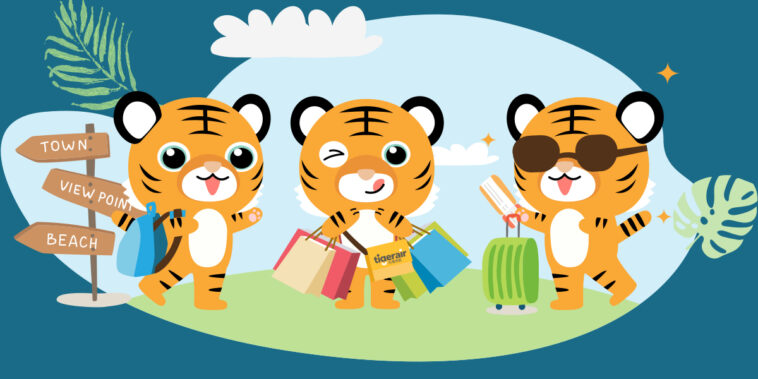 The Taipei-based airline Tigerair Taiwan says it will release NFTs featuring its animated tiger mascot “Hoo Jiang” this May. Aside from being a cute digital collectible, Tigerair’s first NFT could give holders a lot of travel perks.

According to recent reports, Tigerair will award select NFT collectors with a free trip to France. The lucky Tigerair NFT holder will also take part in delivering an Airbus A320neo to the European nation.

Tigerair Taiwan also says people who buy “Hoo Jiang” NFTs could win benefits only Tigerair employees enjoy, including free flights throughout the year. However, it’s unclear how long these perks will last or how many NFT holders will get them.

Leaders at Tigerair Taiwan expressed enthusiasm for NFT technologies and the increasing value of digital art. However, there are no reports that Tigerair has any plans for future NFT drops.

The first set of Tigerair Taiwan NFTs will launch on the popular Taiwanese crypto platform MaiCoin.

More Airlines are Taking Their “First Flight” into NFTs

Compared with video games or pro sports, the airline industry may not seem like the most obvious fit for NFTs. However, in the past few months, many of the world’s biggest airlines have revealed significant NFT-related projects. Some companies have even begun using NFTs to redefine rewards points and experiment with digital flight tickets.

Most recently, the UAE’s Emirates airline announced big plans to create NFT collections that may unlock special discounts and exclusive experiences. In addition to NFTs, Emirates has expressed interest in developing a metaverse. Emirates’ executives are so keen on entering the metaverse that they’re re-designing Dubai’s Emirates Pavilion to become a “Web3 innovation hub.”

Although Emirates is arguably the most prominent airline that announced an NFT project, airBaltic was the world’s first airline to release 100 NFTs in 2021. The smaller Latvia-based company recently announced a new animated NFT collection called “Planies.” According to airBaltic, the 10K “Planies” NFTs will link with airBaltic Club Members’ points system for special perks.

Rarity Sniper recently reported on Qantas Airways’ plans to open an NFT market. Like airBaltic, Qantas says people who mint one of their upcoming NFTs may be eligible for bonus Qantas Frequent Flyer points. While Qantas says its NFTs will highlight the company’s long history, there are no details on what these upcoming NFTs will depict.

Speaking of Frequent Flyer points, a few airlines are now offering a new cryptocurrency called “FlyCoin.” Based on the Ethereum blockchain, ​​FlyCoin is now an option in rewards programs at select airlines like Ravn Alaska and Northern Pacific Airways.

Lastly, TravelX and Air Europa made big news when they announced the first NFT boarding pass. This December, passengers who hold this Algorand-based NFT ticket in their crypto wallet could fly from Madrid to Miami. If NFTs work as intended for this upcoming flight, they may become the new standard in the airline ticketing industry.