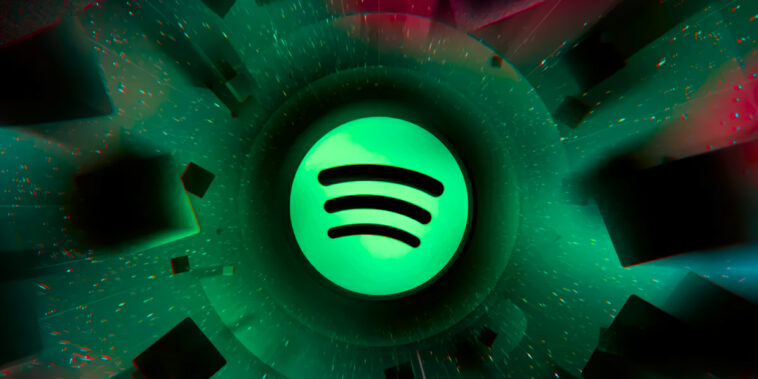 The popular music streaming platform Spotify is testing a new feature that allows artists to promote and sell their non-fungible-tokens (NFTs) on its pages.

The feature is currently only available to a select group of Android users and artists based in the U.S., as reported by Music Ally earlier in the week.

Fans in the group can see NFTs displayed on selected artist’s pages, and when they click on the ¨See More¨ option, they are brought to the secondary NFT marketplace OpenSea, where they can buy the NFT. At the time, Spotify is not taking any cut from the artist’s sales and the NFTs can only be purchased via a third-party NFT marketplace.

Two of the most popular artists currently displaying NFTs on their artist pages include The Wombats and (unsurprisingly) Steve Aoki — one of the biggest proponents of NFTs in the music world.

The company said that the test is focused on helping a small group of artists use their Spotify profiles to ¨promote their existing third-party NFT offerings.¨ They also noted that testing the new NFT feature is part of Spotify’s effort to deepen the connection between fans and artists.

Spotify isn’t the only digital company to dip its toes into the NFT space this year. In January, Twitter allowed Twitter Blue subscribers to set their profile pictures as NFTs, and Instagram is testing a feature that would allow some US creators to share NFTs on the platform.

And in the music world, Web3 and NFTs have had a huge year. Snoop Dogg has vowed to turn the iconic hip-hop label Death Row into the first NFT record label, and Bob Dylan has teamed up with Sony Music and Universal to create the music-focused NFT marketplace Snowcrash.

Beyond these moves, several famous artists like Paris Hilton and Chris Brown have released their own NFT collections, and NFT songs minted on popular sites like Royal have brought in big sales for some musicians and opened up a new route to reach fans.

In the past, Spotify has been criticized for its streaming model, which requires musicians to have hundreds of thousands or even millions of streams to earn a living wage. But proponents of Web3 believe NFT technology could change all that and bring value back into the hands of artists.

Only time will tell how exactly Spotify intends to implement NFTs onto their platform, but if it does anything to bring value to the musicians and artists who provide the content, we think it’s a good idea. We’ll be keeping our eye on Spotify to see if the company makes any more moves in the NFT space.