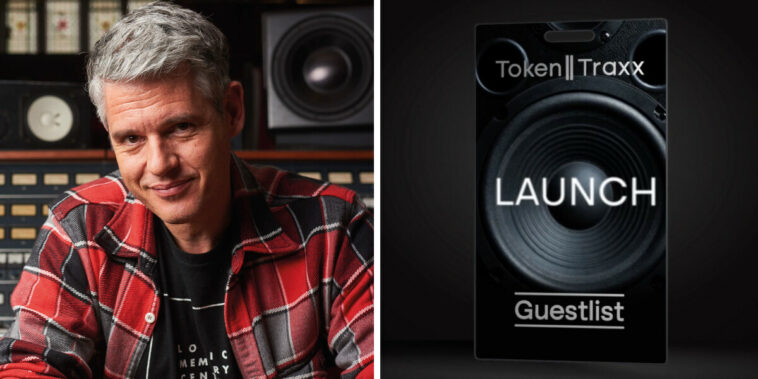 Singer Adele’s producer Paul Epworth will join the music-focused Token||Traxx NFT project. According to Forbes, Epworth will share his years of musical expertise on Token||Traxx’s official advisory board.

Although Paul Epworth has collaborated with many high-profile artists, he’s best known for his partnership with pop sensation Adele. In 2012, Epworth won four Grammys for his work on Adele’s album 21, and he won an Oscar in 2013 for co-writing the song “Skyfall.”

Even before Paul Epworth announced his partnership, the Token||Traxx team had decades of experience in the professional music industry. For instance, Token||Traxx’s co-founder TommyD helped produce albums for artists such as Beyoncé and Jay Z. Token||Traxx’s CEO Paul Taylor previously worked at Guardian Media Group.

Token||Traxx claims its upcoming NFT market will give creative artists a platform to mint and sell their music as NFTs. Anyone on Token||Traxx could buy NFTs from up-in-coming artists and build playlists.

Token||Traxx says it will use a new Ethereum-based cryptocurrency called TRAXX for payments in its ecosystem. The Token||Traxx team will reward TRAXX tokens to creators, curators, and collectors who constantly engage with this NFT platform.

While the TRAXX token is technically on Ethereum, Token||Traxx is officially working with the Zilliqa and Polygon blockchains. The Token||Traxx market will launch in beta on March 28th.

Rapper Snoop Dogg is arguably the most prominent supporter of adding NFTs to the current music industry. Recently, Snoop Dogg transformed his influential Death Row Records into an NFT-only studio, and he released his album B.O.D.R. as an NFT. In recent interviews, Snoop Dogg said he wants to make Death Row Records “the first major [label] in the metaverse.”

Although some people are skeptical whether NFTs will “democratize” the recording industry, most market analysts believe NFTs will impact fan engagement. Artists like Katy Perry and the Kings of Leon have already launched successful NFT collections that offer holders perks like exclusive merchandise.

And it’s not just solo artists that see the potential for using NFTs to engage with fans. As Rarity Sniper recently reported, Universal Music Group is developing two music-related NFT platforms: Snowcrash and ChartStars. These new markets will let customers collect and trade NFTs of their favorite UME artists.