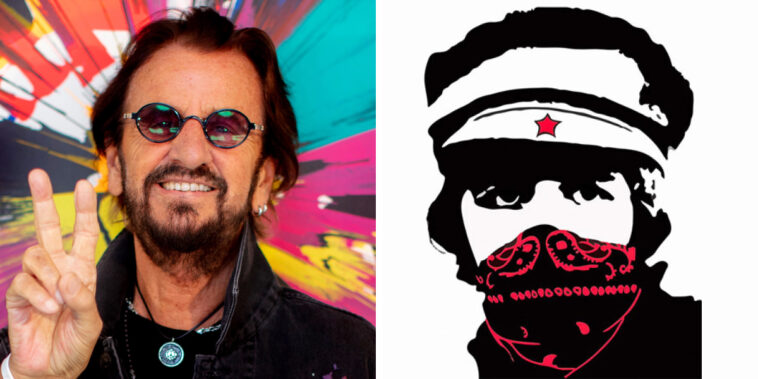 Ringo Starr, the 81-year-old rock legend and former drummer for The Beatles, is launching a non-fungible token (NFT) collection in the metaverse next month. The dynamic NFT collection will debut on June 13th on Julien’s Auction House.

The NFT collection consists of five audiovisual pieces titled “The Creative Mind of a Beatle.” Each NFT is unique and features an animated painting and drum composition created by Starr. The digital assets will also be tied to an exclusive 25” X 25” canvas print signed by the iconic musician.

A total of 20 NFTs will be released, comprised of five designs of four editions each. The NFTs will start at an opening bid of $1,000, and portions of the profits from sales will be given to benefit the Lotus Foundation.

Furthermore, Starr is collaborating with the Spatial framework to launch his own virtual gallery RingoLand, where fans will be able to browse his creations in the metaverse. And all the winning bidders who own a Ringo NFT can unlock a virtual meet and greet with the legend himself via Spatial.io on the web, VR, or mobile after the auction.

Starr said that he loves creating NFTs combining his art and music, and added, “Who’d have thought I would be spreading Peace and Love in the Metaverse?”

The auction will take place on June 13th online at juliensauctions.com.

The Stars Keep Rising in the Metaverse

Ringo Starr is one of the most legendary names in music to ever drop an NFT collection, but musicians and celebrities have been investing heavily in Web 3 and the metaverse for some time.

Earlier in the year, we reported that singer-songwriter Bob Dylan is one of the co-founders of NFT marketplace Snowcrash, and Snoop Dogg recently bought Death Row Records and vowed to make it an NFT label. Snoop Dogg has also made Rarity Sniper news for releasing an album as an NFT, collaborating with Steve Aoki on NFT music tracks, and dropping the first metaverse-filmed music video.

Other musicians, like Travis Barker, Eminem, Meek Mill, and Lil Durk, are members of The Bored Ape Yacht Club, one of the most popular (and expensive) NFT collections of all time. And later this month, World Inc. is dropping a David Bowie NFT collection to commemorate one of the original metaverses, “BowieWorld.”

In other words, there’s a lot of news when it comes to music and NFTs.

Because NFTs allow for artists to connect with fans in new ways while maintaining ownership over their digital works and earning royalties from secondary sales, they are becoming a big deal, especially for musicians and artists.

We’ll have to wait and see if Ringo Starr’s NFT collection will be successful. But when one of the most creative minds of a generation adopts a nascent technology that’s transforming the world to create new art, we think it’s exciting, to say the least.