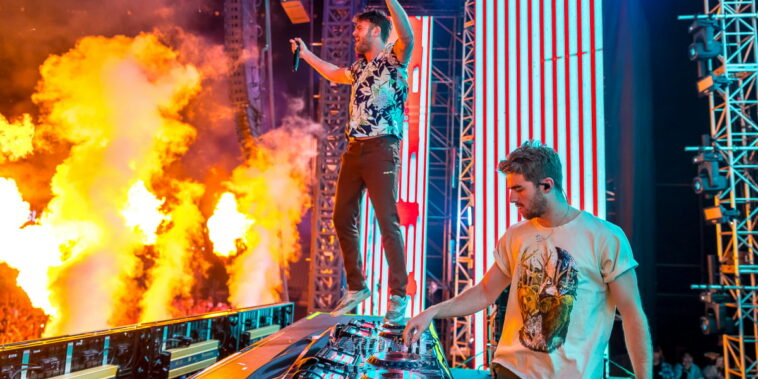 The Chainsmokers is shaking up the music industry again — this time through non-fungible tokens. Alex Pall and Drew Taggart, the two men who make up the group, will give away royalties to their latest album, So Far So Good, to 5,000 lucky fans.

The giveaway will take place on Royal, a Web3 platform Justin Blau co-founded. The team at Royal plans to create 5,000 LDAs (the site’s term for NFTs), which will make up 1 percent of the album’s streaming royalties. Each token, then, would equate to 0.0002 percent ownership.

The duo said that the giveaway is the perfect start to their “modern fan community.” While other major artists have sold royalties to their songs via NFTs, all have so far taken a profit. Pall and Taggart chose not to do so to show the power of the new tech and to connect more deeply with their fans. To them, the giveaway is a “pure gesture to the community.”

The drop will take place on May 17th, four days after the album launches. The first 4,000 tokens will be available to The Chainsmokers VIP list members. Those members came from the duo analyzing ticket sales, streams, and Discord activity and then determining the most active fans.

After the 4,000 tokens drop, an additional 700 will be available for the VIP list and the general public. The band will reserve 300 tokens for friends, family, and other fans.

In that same statement, the two musicians said the drop would be friendly for those who did not know Web3 well. Participants won’t need cryptocurrency for the token claim and can ask the Royal team to set up a wallet for them.

Royal and Music NFTs Heating Up in 2022

Justin Blau, the co-founder of Royal, told MBW that The Chainsmokers giveaway is not just a first for the music industry but the “emerging music NFT space.” He added that this move hopefully shows other artists that Royal is a platform where you can launch or maintain a career and have people invest in the process.

And don’t be surprised if the platform’s name rings a bell either. Royal has had a busy year. The site first made a splash when Nas offered fans the opportunity to buy royalties to two of his tracks. Later, Grammy award-winning DJ Diplo made the royalties of his single “Don’t Forget My Love” available for purchase on the site.

When he talked about Web3, Pitbull said, “We’re building the airplane as we’re flying it.” But he also said NFTs hold great promise for musicians, as they reignite creativity for established artists, and musicians can use them in various ways.

Time will tell how The Chainsmokers Web3 royalties venture fares, but given that they are free to claim, it would be unsurprising to see their fans snatch them up quickly.