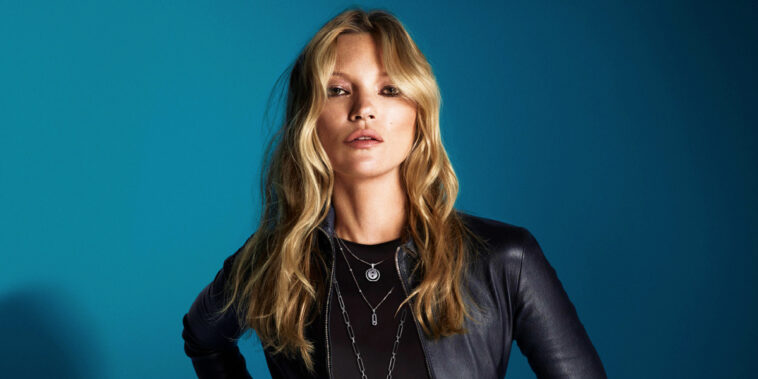 Kate Moss has signed with DREST, a gaming and fashion metaverse, to participate in a two-week campaign as a guest avatar.

The winner of the challenges will receive a “Baby Move” pendant in white gold worth an estimated $3,437. Moss herself will select the winner.

The fashion icon said it “was incredible” to see the avatar that DREST made for her and that she enjoyed being part of the creative process. She had just one tip for challenge participants, saying that her DREST avatars can never “wear too many diamonds.”

Lucy Yeomans, the DREST founder, said that many people in the fashion world thought the idea of merging the fashion and gaming worlds was “crazy.” But Moss was not one of those and loved the concept. Yeomans said for the fashion icon to make her first appearance in the DREST metaverse is an exciting moment.

Kate Moss’s avatar will temporarily replace the App Store cover image of the metaverse app for the campaign’s duration.

The Fashion Industry Seems Bullish on the Metaverse

If there’s one industry that seems bullish on the metaverse, it’s the fashion industry. Some notable names have entered the digital world space in the past few months, including some that might surprise. They include:

And those three pale in comparison to the excitement in Decentraland this month, with the first-ever Decentraland Fashion Week. Set in a prime real estate spot in that metaverse, the Fashion Week showcases dozens of brands, including Estée Lauder, which became the event’s exclusive beauty sponsor.

The metaverse is tempting to the fashion industry and many other retail-oriented sectors because of the low production costs and the ability to replicate goods instantaneously depending on demand. Time will tell if the Kate Moss campaign is successful, but for now, she is another big name jumping into the metaverse, a concept that seems to be speeding up rather than slowing down.