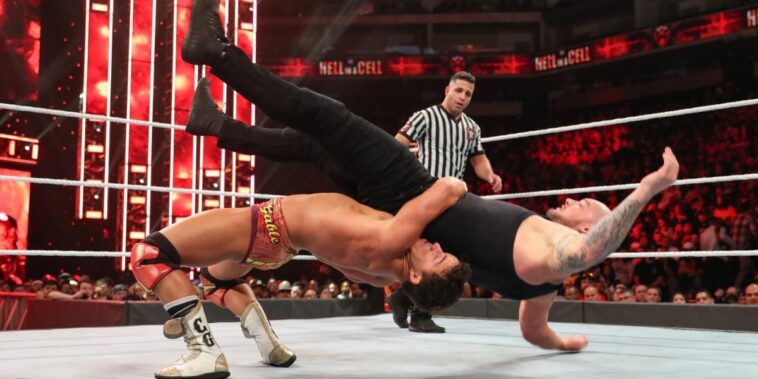 One week after launching its Moonsault NFT platform, World Wrestling Entertainment will drop its first set of NFTs called “NFT Flips.” On June 3rd, anyone with a Moonsault account could buy one of 3,370 “NFT Flips” cases for $30 per item.

Each “NFT Flips” case will have three digital collectibles tied to WWE superstars. After the WWE’s “Hell in a Cell” airs on June 5th, NFT holders will notice their tokens transform into official clips from the popular pay-per-view event.

For convenience, Moonsault accepts both fiat and crypto to mint and trade WWE NFTs.

If wrestling fans can’t snag “NFT Flips,” the WWE says there will be many more NFT drops in the future. The Connecticut-based company suggested most of its upcoming NFT launches will coincide with major WWE shows and events.

Pro Fighters Make Their Way into the NFT Market

Interestingly, Moonsault isn’t the only site where wrestling fans can find WWE fighters on Web3. A few months ago, Rarity Sniper discovered the actress Mila Kunis is developing an NFT-focused animated series featuring many WWE wrestlers.

Called “The Gimmicks,” this adult comedy allows NFT holders to have a say in the future direction of the show’s storyline. A few WWE stars that agreed to voice characters in “The Gimmicks” include Rocky Romero, “The Good Brothers,” and Karl Anderson.

While it’s clear the WWE is on-board with NFT collecting, that doesn’t mean other pro fighting leagues are standing aside.

For instance, many mixed martial arts organizations have successful NFT platforms. Most notably, UFC now has its UFC Strike store on Flow and a partnership with Crypto.com’s NFT site. The Professional Fighters League also announced a deal with Mercury to launch tradeable NFTs.

Whether fans prefer the WWE, MMA, or traditional boxing, there are plenty of “knockout” NFTs in Web3.