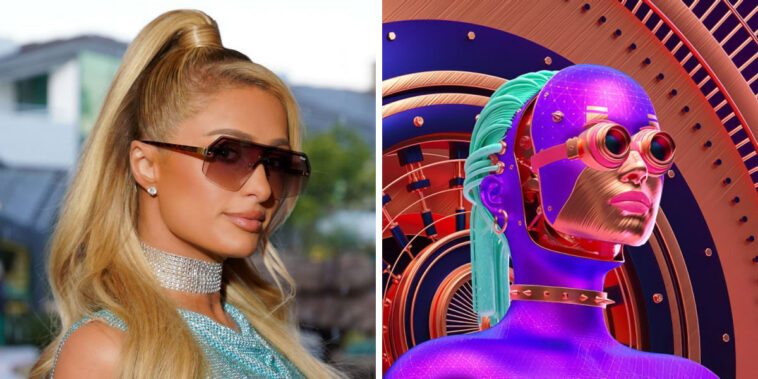 American socialite Paris Hilton is one of the leading investors in an NFT ticketing project called “Afterparty.” Recent reports suggest Afterparty has raised about $7 million from investment firms, VCs, and celebrities.

Many A-list celebrities like Heidi Klum and Sia already hold Utopian NFTs. The current price for a Utopian NFT on OpenSea is 5.65 ETH (~ $16,600).

However, Afterparty isn’t content to sell NFT tickets for its sponsored events. In recent interviews, Afterparty’s CEO David Fields says he wants his platform to become a competitor to sites like Ticketmaster.

To scale his NFT ticketing site, Fields decided to shift from Ethereum’s mainnet to the Polygon blockchain. As a layer two solution for Ethereum, Polygon offers cheaper gas fees for minting and trading NFTs. Polygon also has a strong reputation for being an eco-friendly blockchain.

Fields also assured customers they could take their NFT tickets off of Afterparty’s platform if they’d prefer to keep them in a private wallet.

In January of 2022, Paris Hilton revealed her love for NFTs when she talked about her Bored Ape #1294 on the Tonight Show with Jimmy Fallon. However, Hilton is far more than an NFT collector. Along with celebrities like Steve Aoki and Snoop Dogg, Paris Hilton is one of the biggest investors in Web3 technologies.

For instance, Hilton and her husband Carter Reum recently invested in a blockchain project called Boba Network. Like Afterparty, Boba Network is most interested in making the Ethereum blockchain cheaper, quicker, and more scalable.

Plus, as Rarity Sniper recently reported, Paris Hilton may soon be making a big move into the metaverse. At the 2022 SXSW convention, Animoca Brands announced Hilton now owns prime virtual real estate in The Sandbox metaverse.

Whether it’s NFT tickets or virtual land, Paris Hilton is betting big on the future of Web3.