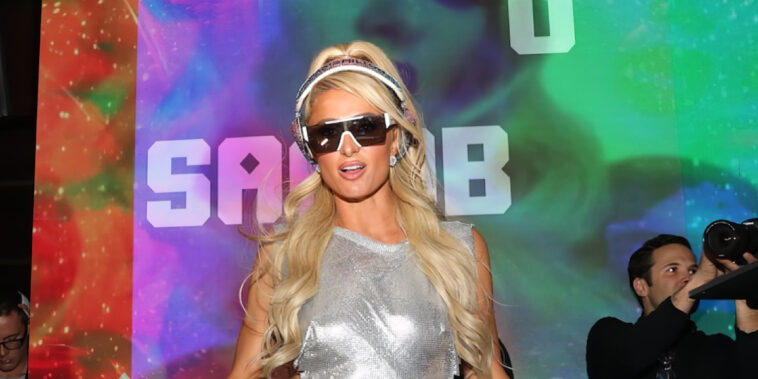 As a part of her deal, Paris Hilton will get parcels of LAND and an official Sandbox avatar designed in her likeness. Although there weren’t many details on what Paris Hilton is planning, initial reports suggest games, fashion shows, and NFTs will play a significant role in her new virtual estate.

Along with the metaverse, Paris Hilton has been a massive supporter of cryptocurrency and NFTs. Recent reports suggest Hilton owns about 150 NFTs, including Bored Ape #1294. Hilton also created her own set of NFTs called “Paris: Past Lives, New Beginnings” with the help of SUPERPLASTIC.

Interestingly, the Sandbox deal wasn’t the only big Web3-related event at this year’s SXSW event. The popular Doodles NFT collection also made a huge splash at SXSW thanks to its partnership with Behr paint.

Paris Hilton is far from the only high-profile celebrity now on The Sandbox. In fact, it’s estimated The Sandbox is currently working with at least 200 A-list stars and brands to build out its metaverse.

Most famously, rapper Snoop Dogg is creating his “SnoopVerse” within The Sandbox, which includes a virtual replica of his California mansion. “The Doggfather” also recently dropped his first collection of 10,000 “Doggies” NFTs on The Sandbox’s marketplace. Each of these Dogg-designed voxel avatars could be used as playable characters in The Sandbox.

In addition to celebrities, big-name brands are partnering with The Sandbox to get metaverse exposure. As Rarity Sniper just reported, HSBC bought parcels of LAND in The Sandbox to build a virtual stadium and increase its exposure to e-sports.

A few other big-name brands that are working with The Sandbox include:

The Sandbox also made headlines for partnering with one of the most prominent NFT collections: World of Women (WoW). As a part of this latest deal, The Sandbox promises to donate $25 million to the WoW Foundation in the upcoming years. For its part, WoW will promote new Sandbox initiatives and create 10,000 playable World of Women voxel avatars.