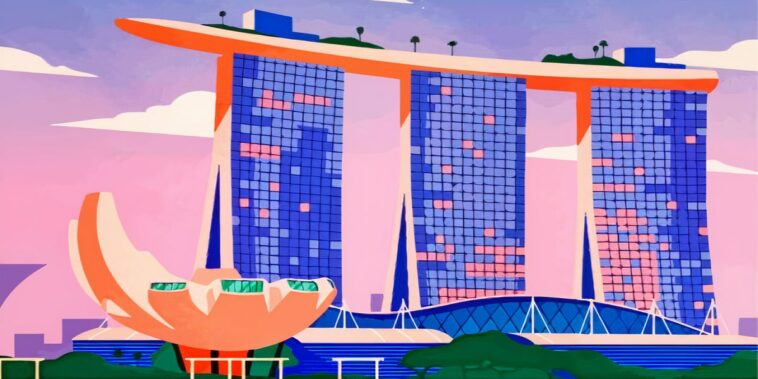 According to the Monetary Authority of Singapore (MAS), central bankers have no intention of intervening in the country’s NFT space. Instead, Singapore’s leaders signaled they will let residents trade and store NFTs without fear of upcoming restrictions.

In a recent interview, the current MAS Senior Minister Tharman Shanmugaratnam said it would be impossible to monitor the millions of transactions on popular NFT marketplaces. Instead of discouraging residents from buying NFTs, the MAS seems to be taking a “hands-off” approach.

Senior Minister Shanmugaratnam also pointed out the legal uncertainties involved in tracking and restricting NFT trading. Since NFT holders own their digital collectibles on the blockchain, it’s challenging to determine what’s in the government’s jurisdiction.

Although Shanmugaratnam clearly said Singapore wouldn’t introduce anti-NFT policies, he issued a few warnings about the new asset class. While talking with the press, Shanmugaratnam said NFT investing could put people at the risk of “outsized losses” if the current “fervor” surrounding NFTs were to drop.

Also, Shanmugaratnam suggested that the government could regulate certain aspects of the emerging NFT marketplace. Specifically, the MAS seems to be interested in regulating fractionalized NFTs the same way it monitors the stock market. However, there’s no word on when Singapore could change its policy on purchasing shares in prominent NFT collections.

Just how big are NFTs in Singapore?

Singapore has long been hailed as one of the most crypto-friendly countries. So, it’s no surprise that “NFT fever” is sweeping through this Southeast Asian nation.

In fact, recent data suggests at least 6.8 percent of Singapore’s 5.6 million residents have at least one NFT. Surveys also show that over 11 percent of Singaporeans want to buy an NFT in the upcoming months. Market analysts believe Singapore is on pace to have the world’s seventh-highest year-on-year rise in total NFT trading.

Although Singapore has a sizable NFT community, it’s not the leading Southeast Asian nation for NFT ownership. Interestingly, about 32 percent of people in the Philippines now own at least one NFT. Other Asian countries with over 20 percent NFT ownership include Thailand and Malaysia.

Also, Singapore has about 10 Bitcoin ATMs. While that may not seem significant, it’s important to remember that Singapore has an area of only 281 square miles.