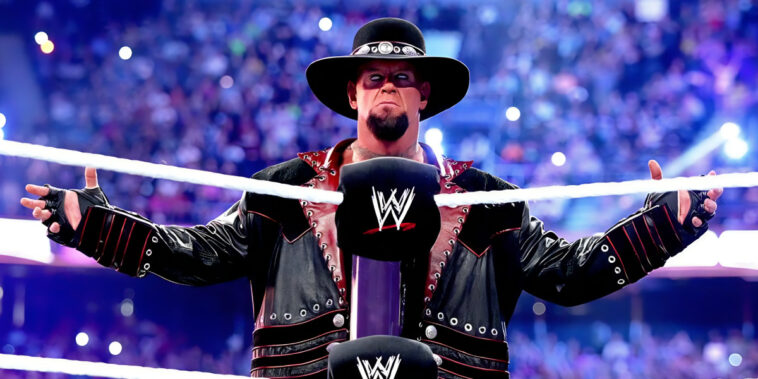 On Monday, the Twitter account followed suit, directing fans to the Moonsault website. Currently, the site’s public face is just a landing page with the sentences (in all caps), “The official marketplace for WWE NFTs. Dropping soon. Enter your email to stay up to date.”

Users then have the option of submitting their email addresses for updates on the platform, the WWE, and the WWE’s partner Blockchain Creative Labs.

The news is not necessarily a surprise. The WWE initially signed a deal with Fox Corp.’s Blockchain Creative Labs in October of 2021. At the time, publications stated the marketplace would house NFTs of famous wrestlers, iconic moments, and live events like Wrestlemania. The platform will use the Eluvio blockchain, which Fox has invested in.

In a December 2021 earnings call, McMahon was open with investors about WWE’s ambitions for exploring the metaverse. She noted that the WWE is a “community-based” business. Because more people will use the metaverse to connect and socialize in the future, there are “huge opportunities” for expanding the WWE business there.

There’s no telling quite yet what the WWE NFTs will look like or what they’ll be priced at, but there’s one thing for sure a little more than one year into NFTs: sports-related collectibles are big business.

Dapper Labs, the developers of NBA Top Shot, UFC Strike, and NFL All Day, has raised hundreds of millions at a multi-billion-dollar valuation. Across the Atlantic Ocean, Paris-based Sorare recently had a valuation of over $3 billion, with some of its NFTs selling for hundreds of thousands.

Although professional wrestling isn’t a sport in the classic sense, it does have an athletic component. This element could lend well to the movie-clip NFT moments of Dapper Labs. And with its character-based dialogue and storylines, it’s possible to build interest and cult followings in the performers themselves. This advantage could play well in the trading card Sorare-style of collectible NFTs.

Time will tell if the venture is successful and the WWE can bring NFTs a little more mainstream. It will undoubtedly be fun watching what they create and if they can take the drama from professional wrestling and imbue it into NFT collectibles.