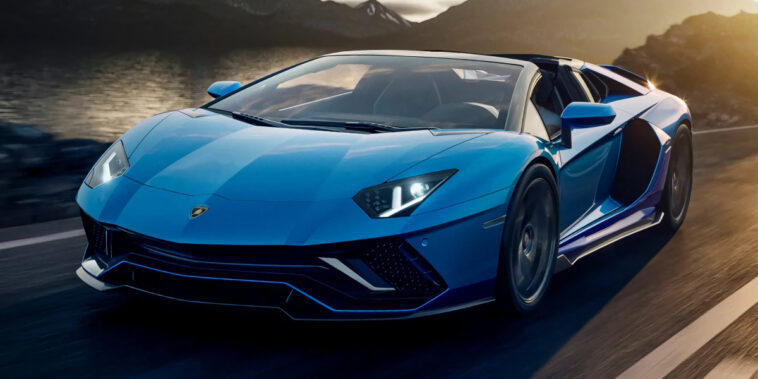 Lamborghini is pulling off a first: auctioning a supercar with an attached non-fungible token. The rare event will pair the sports car company and the NFT community and mark the end of a lustrous history for the gas-powered Aventador car line.

The supercar to be auctioned is the last gas-powered Aventador LP 780-4 Ultimae Coupé, a supercar with a V12 engine that can go from zero to 68 miles per hour in 2.8 seconds. The auction will take place at RM Sotheby’s on the 19th of April, and those looking to win the auction need to be there in person to bid.

Stephan Winkelmann, the CEO of Automobil Lamborghini, said that the company’s entry into the NFT community is part of a long-term strategy. The goal is to position the sports car company as “brave, authentic, and unexpected,” seeking profits not being the target for Lamborghini’s entry into the “digital realm.”

Lamborghini has contracted with some NFT natives to add flair. Krista Kim will provide the artwork for the Aventador 1:1 NFT, and Steve Aoki, a renowned DJ, will create a track for the NFT and car. Aoki said he wants the track to reflect the car’s “spiritual energy — its mood, passion, and strength.”

The auction of the Aventador supercar and its pairing with an NFT is not Lamborghini’s first venture into Web3. The Italian sports car company released a set of digital art NFTs in 2022 that only “space keys” could unlock. It also paired with BITSTAMPS in 2020 to create a series of digital postage stamps.

According to Lamborghini, this is the first time a company has auctioned off a supercar paired with an NFT. Aoki noted the “historic” nature of the event in his statement.

Although it may be the first time a supercar auction has been attached to an NFT, this event isn’t the first time a company has linked a physical object to an NFT. Recently, a company sold a house on the blockchain, using an NFT as the vehicle for purchase. Hennessey has auctioned off a rare liquor bottle through an NFT, and other liquor companies have done the same.

There’s no telling what price the Lamborghini Aventador will fetch at the auction. Still, given it’s the last gas-powered model and comes with some special perks like a tour of the Museo Lamborghini and a meet and greet with Kim and Aoki, it could go for much higher than the usual listing of around $500,000.