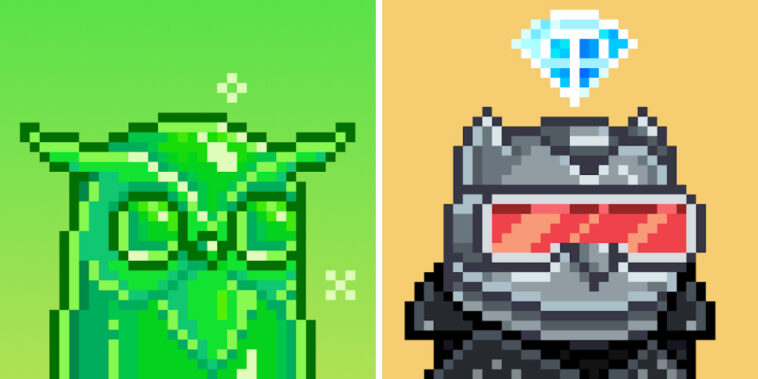 The Sandbox, a subsidiary of Animoca Brands and a top metaverse, purchased Moonbird #2642 for 350 ETH or roughly $1 million last week. After the purchase, it wrote on Twitter that it will showcase Moonbird #2642 alongside “100s” of other NFTs, adding utility to The Sandbox metaverse.

The company adds Moonbird #2642 to its “500+ NFTs collection,” which includes Bored Ape Yacht Club #3749 and World of Women #6025, two other relatively infamous and rare NFTs.

According to Rarity Sniper data, Moonbird #2642 is tied for the ninth-rarest in the 10,000 NFT collection. It has just three traits: Legendary Sage feathers, a Jade body, and a Jade Green background. All three traits occur in less than 1 percent of the Moonbird NFTs.

What The Sandbox will do with Moonbird #2642 remains to be seen. Rumor has it that the company planned to use its rare BAYC NFT in a game. The Sandbox has hinted that Moonbird #2642 will add utility to the metaverse, though it’s unknown “how” at this point.

The Sandbox also bought Moonbird #9619 to add to its collection. #9169 is ranked #123 in rarity according to our data. It has seven traits: a Short beak, Visor for eyewear, Metal feathers, Diamond headwear, a Robot body, a Punk jacket, and a Yellow background.

Moonbirds, perhaps the most anticipated launch of 2022, quickly exceeded almost everyone’s expectations. It rocketed up from its mint price of 2.5 ETH in less than a day and soon became the leader of 30-day sales volume, bypassing the Bored Ape Yacht Club and Azuki collections.

Today, it has a 29.5 ETH floor and 116,800 ETH traded, a sign of the NFT community’s bullishness on the team behind the collection or the new influx of money from venture capitalists.

Perhaps explaining the popularity of Moonbirds is the man behind the collection — Kevin Rose. A venture capitalist well-known in the tech and crypto worlds, Rose had successfully created an ultra-exclusive NFT collectors club called The Proof Collective before Moonbirds. Proof counts many high-profile NFT collectors as members, including Beeple.

Kevin Rose has hinted at different parts of the Moonbirds roadmap, including airdrops and the building of a possible metaverse. For now, the Moonbirds holders get access to a special Discord server and the ability to showcase their Moonbirds as PFPs on social media.