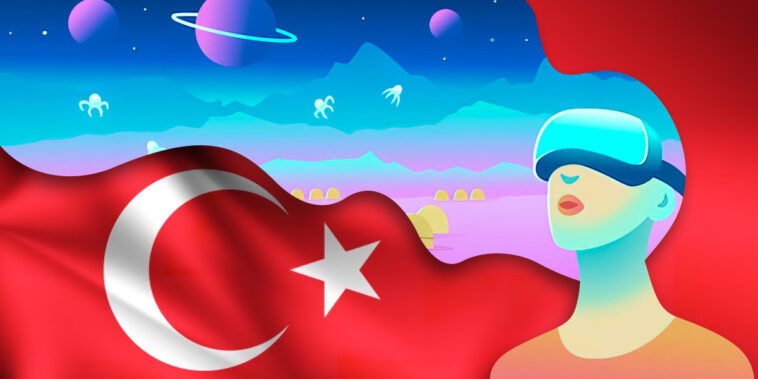 At the Forum Metaverse, Turkey’s President Erdoğan made waves when he said that 2022 was a “digital globalization year” and that Turkey needed to produce its own digital tools to keep the Turkish youth from being enamored with other cultures.

Erdoğan said, “We won’t know peace” without producing our own “authentic software and technologies.” He added that the country couldn’t look “to the future with confidence” if the hearts and minds of the “future of Turkey” were accustomed to channels from other countries.

While there is no doubt that Erdoğan’s remarks had a slight tinge of ethnocentrism, one aspect of them was unmistakable: Turkey is entering the metaverse.

Mahmut Özer, Turkey’s Minister of Education, followed up on his president’s statement, saying that Turkey’s education system would be the first sector to enter the metaverse. He gave the example of several technical fields requiring hands-on training as the first disciplines utilizing the metaverse as part of a pilot program.

One of the main concerns in the Turkish education system is that there aren’t enough resources to give apprentices the proper training. Through the metaverse, Turkey can bring all the apprentices in a specific discipline together and teach them under the tutelage of a qualified trainer.

Özer has high hopes for the project, saying that the country should exceed 400 master apprentices by the end of May. For its metaverse plans, the education system has $19 million available to use, according to Özer. Part of the budget will create President Erdoğan’s authentic metaverse content.

Turkey Not the First Country to State Metaverse Ambitions

Turkey is not the first country to state it is entering the metaverse. As Rarity Sniper previously reported, South Korea plans to invest $186.7 million to create a metaverse ecosystem that will shepherd NFTs and digital content within the country.

Although Turkey’s plans are more focused on education at this point, South Korea announced a full-fledged state-metaverse plan that included virtual cities, media, and education within the country. Its investment compared to Turkey’s is much more significant and its ambitions more detailed, though that could change at any point.

JP Morgan has said that the metaverse could be a $1 trillion market. Many companies are buying land in it like Gucci or registering trademarks like Victoria’s Secret, McDonald’s, and Walmart.

After Turkey’s new position, the real question is which country will be next.