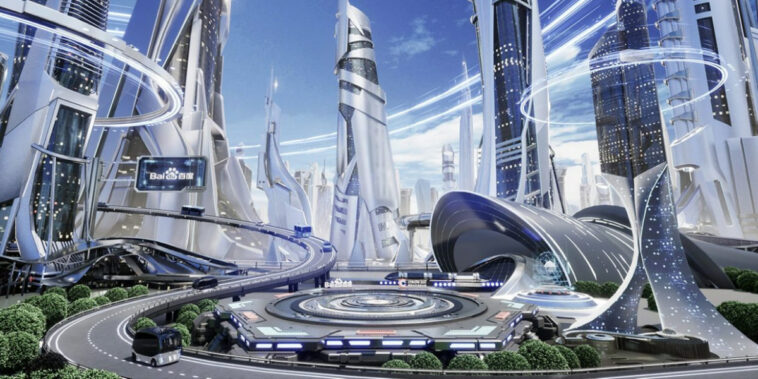 “Meta ZiWU” is located within a metaverse app Xi Rang, which is owned by the Chinese search engine company Baidu. Interestingly, “Meta ZiWU” refers to a massive virtual building designed by the real-world architect Ma Yansong.

In addition to celebrating the free spirit of “On The Road,” Jones used this novel to pay homage to Dior’s past. “On The Road” was released the same year company founder Christian Dior died.

Interestingly, this isn’t the first time Dior began dabbling with the metaverse. In 2021, the company announced it was working with the avatar-building site Ready Player Me. After creating a custom avatar, players could explore Dior-focused environments and win a chance to buy rare perfumes.

China is Betting Big on the Metaverse

Nowadays, it’s not too surprising for fashion brands to enter the world of NFTs and the metaverse. As Rarity Sniper has recently covered, brands like Tiffany & Co., Prada, and Dolce & Gabbana have made big waves in Web3.

To some, it may be surprising that Dior focused on a China-based platform for its latest Web3 experiment. However, those involved in the fashion industry should know Dior has placed a heavy emphasis on the Chinese market. In fact, Dior is the first fashion brand to advertise on WeChat Moments, and the company has brought in billions from its recent Chinese sales.

Most of China’s private companies are also investing heavily in the metaverse. Aside from Baidu, the e-Commerce platform Alibaba recently spent $60 million on developing metaverse-enabled hi-tech glasses. Chinese tech giant Tencent also made headlines when it bought a VR headset company Black Shark for ~ $400 million.

Many financial analysts believe China will gain the lion’s share of the global metaverse market in the ensuing years. For instance, researchers at the firm ReportLinker believe China’s metaverse market cap could be as high as $103.1 billion in 2026. If this is true, the metaverse industry in the mainland could grow at a CAGR of 38.1 percent.