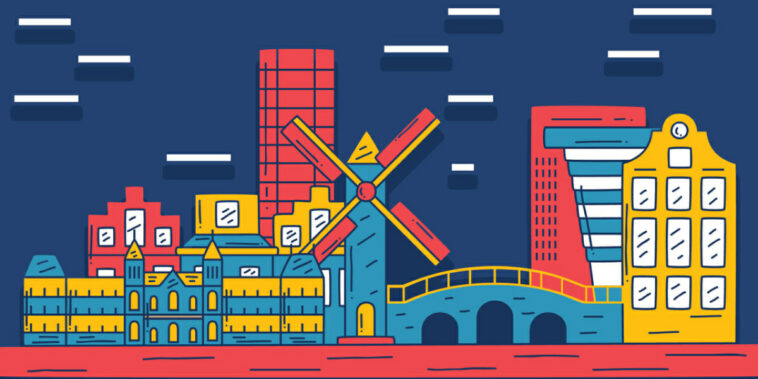 “The metaverse” will be the top topic on Amsterdam’s famous canals this summer. The Netherlands’ largest city says it will host a massive metaverse event called “MET AMS” in June. In addition to exploring the tech surrounding NFTs and the metaverse, event organizers say MET AMS will include discussions on the broader cultural implications of Web3.

The MET AMS will take place between June 14th – 17th in Amsterdam’s Gashouder. Although MET AMS hasn’t released a detailed itinerary, it says guests will get dozens of opportunities to test VR and AR experiences, including a “digital art route.” There will also be plenty of IRL conferences with Web3 leaders.

MET AMS released a list of over 100 companies and individuals who will be in attendance. A few of the hottest NFT projects that will appear at MET AMS include HAPE, Woodies, and CyberKongz. The Sandbox also says it will participate in Amsterdam’s first metaverse-themed conference, and the crypto wallet maker Ledger is an official MET AMS partner.

Anyone interested in visiting MET AMS can now buy e-tickets on the festival’s official met-ams.xyz portal. Guests could choose between “Legendary” and “Regular” MET AMS passes.

Those in the “Legendary” category will get VIP perks like an exclusive NFT, a private dinner, and unique networking opportunities. People who opt for a “Regular” ticket will get access to all the major conferences, opening & closing parties, and plenty of metaverse experiences.

Europe is Opening up to the Metaverse

While MET AMS is the first major European event targeting Web3 technologies, the metaverse made a huge impression this year at Spain’s Mobile World Congress. Held in Barcelona, the 2022 MWC featured numerous booths and panel discussions on metaverse technologies. Companies like Qualcomm, HTC, and Meta all presented new ideas and experiences related to the metaverse.

Speaking of Meta, Facebook’s parent company announced a significant initiative to encourage Europe’s metaverse development. In a 2021 post, Meta says it’s working to create 10,000 jobs within the next five years in the European Union. Most of these jobs will be focused on furthering Meta’s ambitious metaverse endeavors. Currently, it’s estimated Meta has spent about $10 billion on its metaverse R&D division Reality Labs.