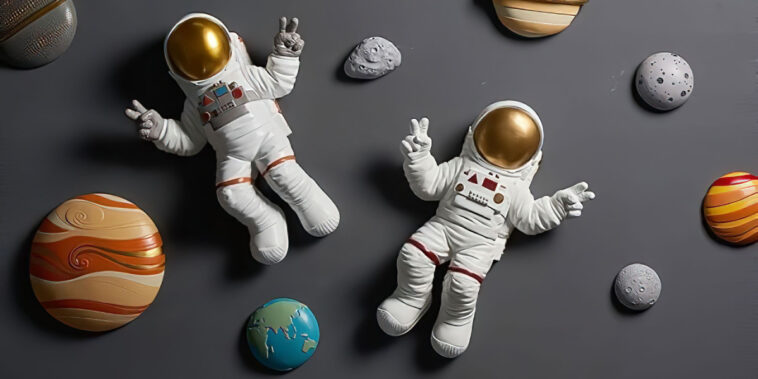 To celebrate its Ax-1 Mission, Axiom Space will release digital art and patches to an official NFT market. The Texas-based company also says the astronauts on Ax-1 Mission will mint NFTs while at the International Space Station (ISS). To date, this is the first time NFTs will drop while their creators aren’t on the earth’s surface.

Axiom made this announcement shortly after the four-person crew aboard SpaceX’s Crew Dragon Endeavour launched on April 8th. On the same day, the company released its “Axiom Space Patch” NFTs for $20 each on the website nft.axiomspace.com.

Axiom’s first NFT is available on the Polygon blockchain, and Kalos Labs is behind the infrastructure of Axiom’s NFT market. Customers could mint this first NFT until April 19th, which is when the Ax-1 Mission will end.

Former NASA astronaut Michael López-Alegría is leading Axiom’s historic Ax-1 Mission. The three other passengers on this flight — Larry Connor, Mark Pathy, and Eytan Stibbe — spent $55 million each to go on this mission. The Ax-1 Mission marks the first time civilians will travel to the ISS.

Each crew member is currently working on a digital artwork that highlights some aspect of their space journey. Axiom says the Ax-1 team will mint these NFTs on April 14th while at the ISS.

According to Axiom Space’s schedule, fans could collect an “Axiom Mission Patch” NFT on April 12th and a “Splashdown” NFT on April 18th. The company will also auction one rare NFT called “Spacewalker” by the American artist Michael Kagan. You could now view the “Spacewalker” NFT using augmented reality on Axiom’s NFT portal.

Axiom claims the proceeds it raises from its NFTs will go towards its mission of bringing more civilians to space. Company leaders also say people who hold an Axiom NFT will get special perks, including VIP access to future NFTs and the chance to vote on new NFT designs.

Are NFTs literally going “to the moon?”

A few weeks before Axiom’s NFT announcement, the artist Jeff Koons said he was working on a space-themed NFT project. However, instead of minting NFTs while on a spaceship, Koons announced he would send his upcoming sculptures to the moon. These physical Koons-designed artworks will have NFTs attached to them. So, arguably, NFTs will land on the moon later this year.

While NFTs haven’t been released in space before Axiom’s Ax-1 Mission, they have been on civilian space missions in the past. For instance, the Kings of Leon sent a copy of their song “Time in Disguise” as an NFT on SpaceX’s Inspiration4 launch. Also, the company Artemis Music Group minted an NFT recording of Debussy’s “Clair de Lune” that went to the ISS.

Although NASA has no intentions of developing NFTs, those in the civilian space travel sector seem to love this technology.