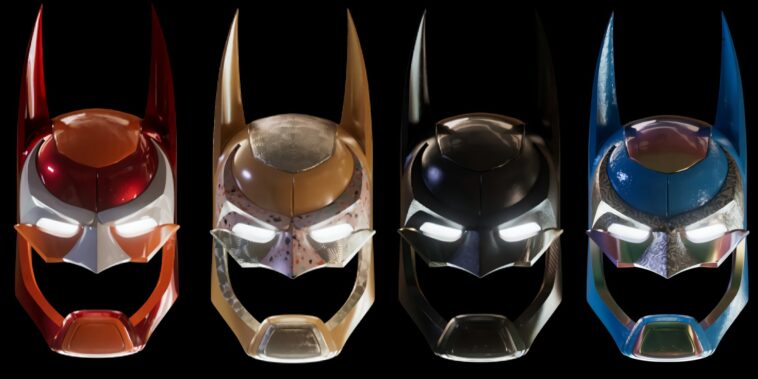 In the latest NFT news, DC Comics is launching a new NFT collection to bring Batman into the NFT space.

Although the entertainment company only teased the new project on Twitter this Sunday, a report from Variety claims that the upcoming DC Bat Cowls Collection will consist of 200,000 unique NFTs that are based on the Dark Knight’s numerous iconic headpieces over the years.

The price per NFT will be $300 — which would bring in a total of $60 million if the collection sells out.

Holding the NFTs will give collectors access to a special fan forum, exclusive merch, select fan events, advance access to DC NFT collections, and physical collectibles. It also unlocks a 2+ year roadmap that leads to the NFTs being integrated into the metaverse. And in a creative twist fans should enjoy, the collection will be written into future stories from DC comics.

Media Companies Investing Heavy in NFTs and the Metaverse

DC Comics, which is part of Warner Bros. Entertainment, is far from the only media company diving into the NFT space. This year we’ve seen a myriad of brands, companies, celebrities, and even countries getting involved with NFTs — and media and entertainment companies appear to be at the forefront.

In recent news, Disney applied for metaverse-related trademarks, suggesting they may have plans for their own metaverse in the works. And Marvel Entertainment, Warner Bros.’ rival, has dropped several successful NFT collections over the past twelve months.

Also, earlier this year, AMC Theatres announced it was partnering with Sony Pictures for an NFT drop for “Spider-Man: No Way Home.” But perhaps even more excitingly, especially for meme coin enthusiasts, the theater chain giant also announced it would be accepting DogeCoin and Shiba Inu cryptocurrencies for theater tickets.

Because NFTs allow for scarcity to be created with digital assets, they are bringing about new and exciting ways for fans to interact with their favorite characters and films. And since companies like Warner Bros. already have a long list of characters and content to draw from, the nascent technology appears to be a perfect fit for them.

We’ll be following up on DC’s Bat Cowls Collection in April to see if it sells out.