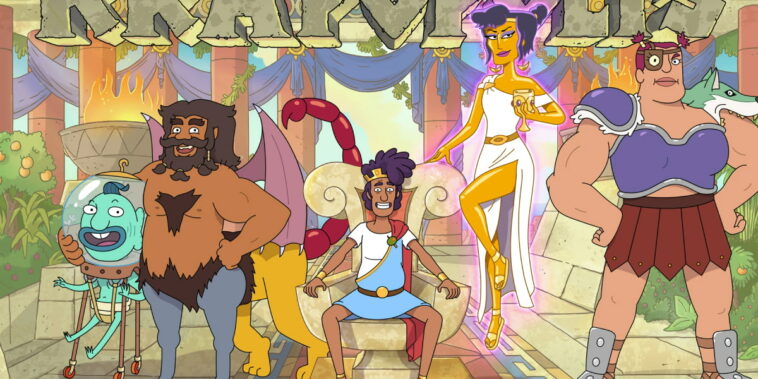 Dan Harmon, the creator of Rick and Morty, has a new show called Krapopolis, and Web3 fans are in for a treat: It will be the first-ever studio show curated on the blockchain.

According to information released to entertainment outlets, Fox will create a dedicated marketplace for the show. On it, the network will sell tokens that provide social experiences for fans. NFTs that link to one-of-a-kind character and background art will also be available for purchase.

Charlie Collier, Fox Entertainment CEO, said that the show would be the first to move forward under the network’s broadcast direct model. They added that Fox Entertainment fully owns and will finance the show.

Krapopolis is an animated series set in mythical Ancient Greece. Fox Entertainment released a statement that said the show covers a group of humans, gods, and monsters attempting to run one of the world’s earliest cities without killing each other.

The company has not set a release date for the show nor the show’s marketplace.

While NFTs and film are mostly new ground, more filmmakers are experimenting with the medium. One of the most notable is Quentin Tarantino, who auctioned off a series of NFTs linked to the hand-written script of his iconic movie Pulp Fiction.

Kevin Smith has also dabbled in NFTs and is preparing to release a horror film titled “KillRoy Was Here,” linked to 5,555 NFTs. Only those who own one of the 5,555 NFTs will be able to access the movie through a secret “crypto key.”

On the Web3 side, a few companies have tried or will try to integrate NFTs into film production. One of the earliest to utilize the technology is Mila Kunis’s Stoner Cats. Holders of the Stoner Cat NFTs could watch exclusive content, among other perks.

Coinbase, as well, is dabbling in the world of NFT films. It announced that it would create three films featuring non-fungible tokens from the Bored Ape Yacht Club. The three-part trilogy came with licensing agreements for Bored Ape holders. If they so choose, holders can lend the rights to their Ape NFTs for a five-figure sum.

Time will tell how successful the Krapopolis NFT venture is and whether the general public buys in. But one thing is sure: The world of NFTs and film production is a fruitful ground that some companies are starting to take advantage of.