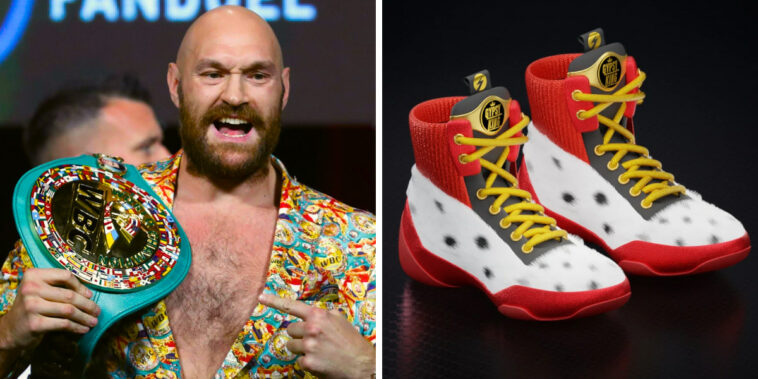 Heavyweight boxing champion Tyson Fury is taking his game to a new arena: non-fungible tokens. As part of the final match of his career, taking place at Wembley Stadium against Dillian Whyte, Fury will release a 1/1 NFT that commemorates his iconic walkout against Deontay Wilder in 2020.

The 1/1 NFT will have several IRL utilities, including two ringside tickets to the Whyte match, the opportunity to spend one day in-ring training with Fury, and other privileges like breakfast with the heavyweight champion and VIP access to pre- and post-match Fury festivities.

To help with the design and launch of the NFT, Fury has partnered with Satoshi Sports and Space Runners. The NFT will be on sale starting April 19th for 48 hours on the Solana NFT marketplace Magic Eden.

Anticipation is high for the Fury-Whyte match. And not only because it may be Fury’s last bout as a professional boxer. It is the champion’s first entry into the ring since October 2021, when he successfully defended his WBC belt against Deontay Wilder.

Tyson Fury isn’t the first boxer to launch an NFT collection. In the past month, Mike Tyson teamed up with Binance to launch a mystery NFT box collection where collectors had the opportunity to receive physical boxing merchandise. And boxing doesn’t have the only big names jumping into Web3.

None other than Tampa Bay Buccaneer’s quarterback Tom Brady has waded deep into NFTs. He co-founded the marketplace Autograph, which pairs high-profile athletes and their fans. ESPN also struck a deal with Autograph and has launched a Tom Brady NFT collection.

Other athletes have repped popular NFT collections in-game, including high-profile basketball players showcasing their NFTs from the Bored Ape Yacht Club and Gutter Cat Gang. Some athletes have launched NFT collections, such as Josh Hart’s collection that stood against celebrity cash grabs.

One of the more promising trends among athlete NFT drops is the use of IRL utility. While sometimes as simple as signed merchandise, NFT with physical items attached can build value into the digital asset, making it easier to judge its functional value.

Time will tell how much the 1/1 Tyson Fury NFT will be worth, though it could command a high price given the number of perks available. In the meantime, expect Rarity Sniper to monitor the sports world closely for any NFT-related developments. If there’s one thing for sure, the Web3 space shows no sign of slowing down.