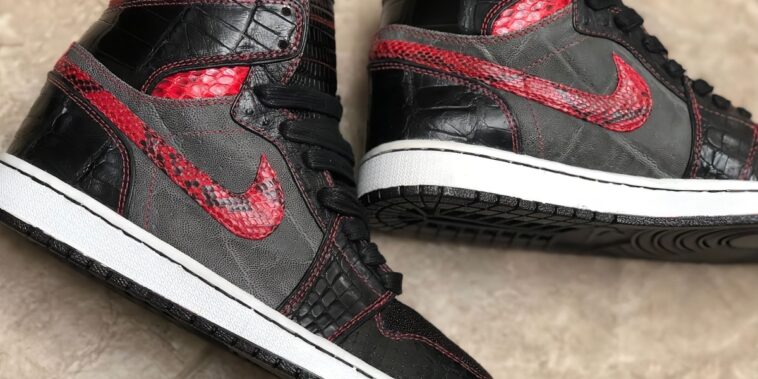 In an intersection between IRL sneaker culture and Web3, NFT marketplace ClubRare will auction a prototype sneaker from a line Jay-Z made famous. The Brooklyn Zoo sneaker company used the prototype to create just 10 total pairs of sneakers, and it has a resell value of over $25,000.

The sneaker will go up for auction on June 21 and includes the artist template for the shoe. Of the Brooklyn Zoo shoes that may go up for auction, this is the only one that will be metaverse compatible — meaning the buyer can presumably wear the sneakers on their avatar in these Web3 social spaces.

The auction will take place on ClubRare’s website, with the actual item up for auction being a non-fungible token. The NFT will link to the real-world physical shoe and the artist template. As of now, there is no word about the auction type and whether there will be a reserve bid.

Brooklyn Zoo sneakers are popular in celebrity circles, with buyers including Jay-Z and LeBron James. Jay-Z, notably, has sported the sneaker company’s products at different events, generating publicity for the shoe line. GQ, a men’s style magazine, featured one of the Brooklyn Zoo sneakers during their “Sneaker Month” — a pair of Jordan 1s.

ClubRare is a company attempting to bridge the physical world with the digital, a process that the company refers to as “phygital.” It has an NFT marketplace and hosts auctions for real-world collectibles, with the items up for auction being NFTs. ClubRare plans to display the prototype Brooklyn Zoo sneaker at NFT.NYC later this month.

ClubRare’s use of an NFT to auction a physical collector’s good is unusual but not without precedent. More and more companies are tying real-world goods to NFTs to take advantage of the blockchain’s ability to prove provenance. One example we here at Rarity Sniper have covered is from sports, and the other from the world of liquor.

Hennessy, a Cognac liquor company, auctioned an NFT a few months back through a specialty liquor NFT marketplace. The NFT sold for a high price, which wasn’t due to the NFT’s art. Hennessy promised a special bottle of Cognac to the buyer of the NFT, along with other perks like a crate and glasses.

Both Tyson and Hennessy took advantage of the blockchain’s easy ability to prove ownership of an NFT. With this, companies can deliver physical goods to them simply. It is a process that Shark Tank’s Kevin O’Leary says could make NFTs bigger than Bitcoin.

Time will tell how much the Brooklyn Zoo sneaker sells for, but without a doubt, this use of NFT technology is becoming more popular.