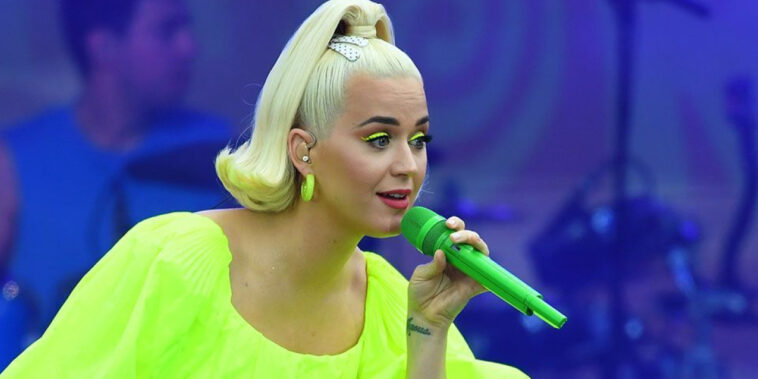 On March 4th, Katy Perry opened “The Witness Dice” NFT collection to bidders on ThetaDrop. Each of the NFTs in Perry’s latest NFT auction celebrates iconic moments from her 2017-2018 “Witness Tour.”

The centerpiece of “The Witness Dice” collection is an authentic dice cube prop from Perry’s previous concerts. Whoever wins the Golden Die Prop NFT auction will get one of the two dice cubes Katy Perry performed on. ThetaDrop account holders could bid on the Golden Die NFT until March 25th.

In addition to the unique Golden Die NFT, Katy Perry released a limited edition NFT called “King of Hearts.” This NFT features a picture of Katy Perry in a shimmering outfit singing “Roulette.”

“King of Hearts” NFTs were first listed at $100 per piece. Although all 2,500 editions of these NFTs sold out, fans could still purchase them on ThetaDrop’s secondary market.

The third NFT in Katy Perry’s “Witness Dice” drop is listed as “Cherry Blossom Breeze.” In this short video NFT, Katy Perry smells cherry blossoms on her visit to Tokyo.

Like “The Witness Dice” collection, Katy Perry auctioned one of her iconic props in “The Roar Package.” In this case, one person won the giant “Gold Lion” Perry stood on during Super Bowl XLIX.

Theta Network executives say they plan to continue their partnership with Katy Perry throughout 2022.

Katy Perry Joins Other Female Superstars in the NFT Space

As Rarity Sniper recently reported, Billboard also teamed up with World of Women to create NFTs featuring Christina Aguilera, Madonna, and Mariah Carey. These NFTs will raise funds for charities like the National Coalition Against Domestic Violence.

Grimes also made a massive entrance into the NFT market with an auction on Nifty Gateway. Estimates suggest Grimes brought in about $6 million from this sale.