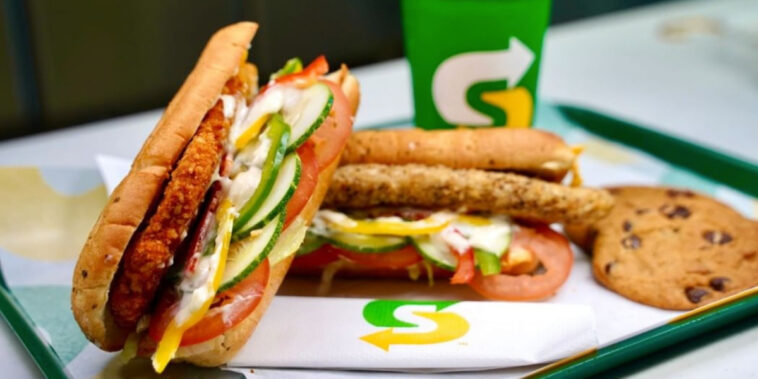 Subway may soon serve its famous footlongs in a metaverse restaurant.

On May 17th, the fast food chain Subway sent metaverse-related patents to the US Patent and Trademark Office. These new documents suggest Subway wants to get involved in both digital dining and virtual collectibles.

Indeed, Subway mentions “NFTs” specifically in an early section of these trademark requests. The company lists a few “multimedia files” that could be minted as NFTs, but it repeatedly emphasizes virtual “food and beverage” items in its patents.

These digital menu items will likely be available in Subway’s proposed metaverse store. Later in its trademark application, Subway specifically mentions creating a “virtual restaurant.” However, this digital Subway location won’t just sell virtual food for in-game avatars. According to its patents, Subway wants to link this metaverse location with IRL stores.

Subway appears to be most interested in using the metaverse to offer customers new “home delivery” options. The company also hinted it may use NFTs as coupons or loyalty rewards that customers could exchange for literal sandwiches.

These patent requests also suggest that Subway wants to protect its image on Web3 platforms. Not only does Subway want a metaverse trademark for its name, it sent a patent request for its stylized green and yellow “S” logo.

Lastly, Subway mentioned it wants to provide “entertainment services” within the metaverse. There aren’t further details on what Subway means by this phrase, but the chain said its upcoming metaverse restaurant would be a place where virtual visitors could “interact” and relax.

Compared with many of its competitors, Subway is late to the metaverse market. Plenty of other restaurant brands have filed similar patents earlier this year, and a few have already begun offering NFTs that unlock real-world rewards.

Speaking of IRL rewards, the West Coast chain Fatburger recently announced it will drop NFTs that will be redeemable for literal food. In honor of 2022’s National Burger Day, Fatburger is minting 500 free Solana NFTs that will double as coupons for free burgers.

The fast-casual Mexican chain Chipotle has also explored using crypto and the metaverse to reward customers with in-store items. A few months ago, Chipotle opened a virtual version of its original Colorado restaurant in the game Roblox. Gamers who visited this location could play a “Burrito Builder” simulator to earn “Burrito Bucks” that they could redeem for literal burritos.

While Yum! Brands hasn’t opened a metaverse restaurant yet, it has expressed interest in offering a new rewards program that incorporates NFTs. The parent of Taco Bell, Pizza Hut, and KFC sent metaverse patent requests to the USPTO on March 25th.

These examples suggest NFTs will play a central role in the future of fast food loyalty programs.