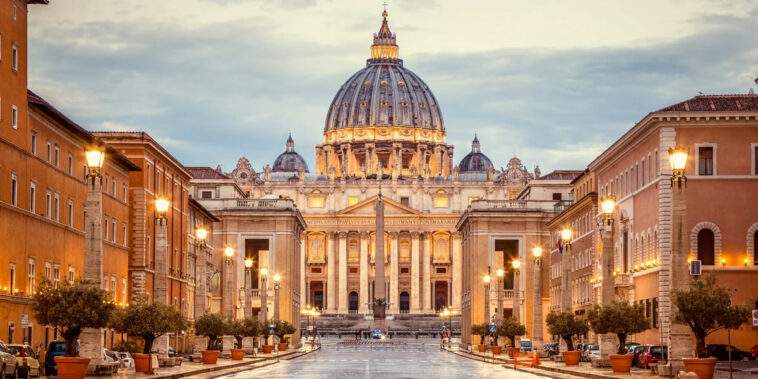 Michelangelo may soon enter the metaverse.

According to a recent press release, the Vatican is working with the metaverse company Sensorium to bring some of its priceless paintings, frescoes, and sculptures to Web3. Initial reports suggest that the Vatican’s metaverse museums will be viewable through virtual reality headsets and a desktop setting.

There are also hints that NFTs will play a part in the Vatican’s metaverse projects. However, Vatican officials said their ambitions are “social” rather than “commercial.” The Vatican also hinted that NFTs may be tied to “tickets” rather than manuscripts or works of art.

Sensorium and the Vatican have yet to reveal specific details on when its metaverse museum will open.

Old Masters and Museums Make Way for the Metaverse

With roughly six million tourists per year, the Vatican is arguably the most significant museum to enter Web3. However, many traditional art curators have already begun experimenting with the potentials of NFTs and the metaverse.

In fact, a few of Italy’s most celebrated art museums recently made NFTs of their most prized paintings. Called “Eternalizing Art History,” this NFT collection included the works of Renaissance titans like Raphael and Leonardo da Vinci. A few participating museums included Florence’s Uffizi Galleries and Milan’s Pinacoteca di Brera.

It has also become more common for museums and art galleries to include temporary NFT exhibits. Recently, Rarity Sniper reported on the NFT site SuperRare opening an IRL gallery in NYC. Seattle also made news when it opened an NFT-focused museum in Belltown.

While most of these Web3 experiments allow visitors to view and experience NFT art, there may come a time when galleries offer digital collectibles for sale. Rarity Sniper recently discovered the luxury brand Harvey Nichols opened an NFT retail store in Hong Kong.

When institutions like the Vatican and Uffizi are getting into Web3, it’s clear NFTs are having a huge impact on the art world.