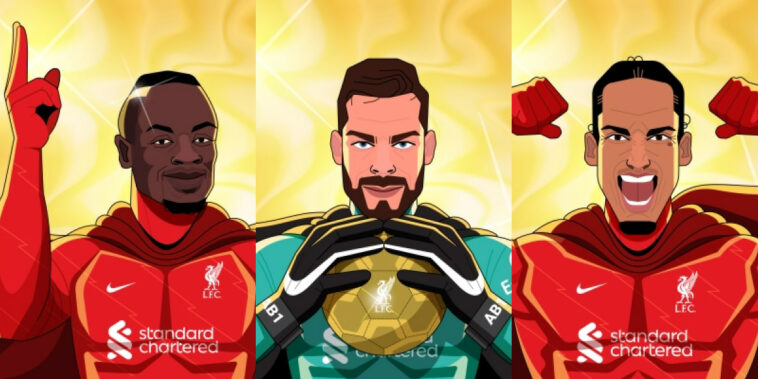 The legendary Liverpool FC will release its first official set of NFTs with the help of Sotheby’s. From March 30th till April 1st, Sotheby’s will sell NFTs from the new “LFC Heroes Club” collection in its metaverse auction house.

According to Sotheby’s, these NFTs will be split into two categories: “Hero” and “Legendary.” The limited-edition “LFC Hero” NFTs will feature an LFC player or manager Jürgen Klopp. Sotheby’s will use an algorithm to determine which traits appear on each LFC Hero NFT.

Buyers won’t know who’s on their LFC Hero NFT until it appears in their crypto wallet. Anyone could mint an LFT Hero NFT for $75 per token.

LFC fans who want the rarest of rare NFTs may be more interested in Sotheby’s “Legendary” LFC auction. This set of 24 one-of-one NFTs will feature one LFC player or Jürgen Klopp with incredibly rare “superpower” traits.

Besides serving as digital collectibles, these LFC NFTs will give fans exclusive access to their favorite football team. A few benefits to holding LFC NFTs include:

In line with its eco-friendly Red Way program, Liverpool FC chose the energy-efficient Polygon blockchain to mint its NFTs.

The Premier League Could Soon “Kick Off” an NFT Market

Football fans are still waiting to hear which blockchain company will host the Premier League‘s NFT market. According to recent reports, the English football league already has a partnership with ConsenSys to release photo-style NFTs, but it’s unclear who will get the rights to video clips.

Some news articles suggest Dapper Labs has the best chance to win the rights for video-based Premier League NFTs. Headquartered in Canada, Dapper Labs is best known for developing the Flow blockchain, which hosts many pro sports NFT sites like NBA Top Shot.

No matter which company the Premier League picks to host its NFTs, it’s expected this will be one of the biggest deals for a pro sports NFT platform. Estimates suggest the Premier League’s four-year NFT contract could be worth between $298 – $589 million.