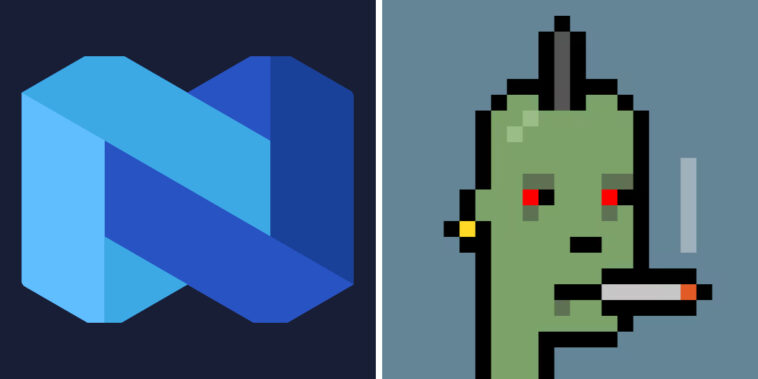 The crypto-lending platform Nexo just approved a 1,200 ETH loan backed by two CryptoPunks NFTs. At roughly $3.3 million, many reporters believe this is one of the highest NFT-backed loans to date.

Arguably, Nexo felt more comfortable holding these NFTs as collateral due to their high rarity ranking. Both CryptoPunks used in this loan belong to the exclusive zombie category. There are only 88 zombie CryptoPunks in the historic 10K NFT collection.

According to a Business2Community report, the NFTs used in this transaction include CryptoPunks #2306 and #2484. Nobody knows who gave these NFTs to Nexo for this 60-day loan, but reports suggest they will pay an annual interest rate of 21 percent.

One month earlier, another CryptoPunks collector opened a sizable loan with another NFT-lending platform called NFTfi. According to Decrypt, the collector 0x650d put up over 100 CryptoPunks for a 90-day loan valued at over $8 million.

Currently, Nexo only accepts two NFT projects in its NFT Lending Desk: CryptoPunks and the Bored Ape Yacht Club. However, the company says it plans to welcome more blue-chip NFT collections as it expands this new service.

It’s Another Crazy Year for the CryptoPunks

As the undisputed “OG collection,” CryptoPunks has a special place in the history of NFTs. Indeed, CryptoPunks’ historic status helps explain its high valuation — and it’s a major reason companies like Nexo would recognize these NFTs as valuable collateral.

Yuga Labs also featured one CryptoPunk NFT at the end of its trailer for the upcoming “Otherside” metaverse. It’s unknown how CryptoPunks will fit into the “Otherside” game, but this tease helped further increase demand for the CryptoPunks collection.

There have also been many major CryptoPunks purchases in just the past year. Chain Protocol’s CEO recently spent $23 million to acquire the Alien CryptoPunk #5822. To date, that’s the highest price anyone has paid for a single CryptoPunk NFT.

According to Larva Labs’ official NFT market, the floor price for one CryptoPunk NFT is now 50 ETH (or just under $100,000).