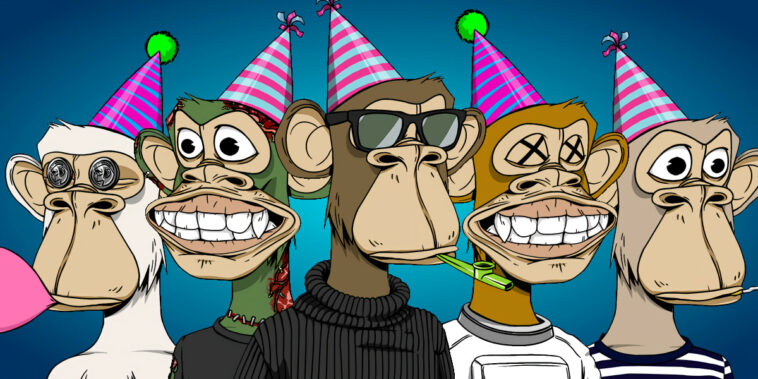 Most people expect “The Otherside” launch will coincide with a virtual land sale. However, the Yuga Labs team urges fans to wait for official news from its Twitter and Discord accounts next week. Yuga Labs also made it clear that there’s no official “Otherside” domain yet.

On Twitter, the BAYC also drew attention to a new character in “The Otherside” called a “Koda.” Many in the BAYC community believe “Kodas” will resemble the flying creature featured in Yuga Labs’ recent “Otherside” ad. There are also rumors Yuga Labs will drop Koda NFTs to BAYC members in the upcoming months. However, Yuga Labs has yet to release further details on how Koda NFTs will work in “The Otherside” metaverse.

In the days leading up to “The Otherside” launch, Yuga Labs’ ApeCoin hit a recent high of around $18.30 per token. Most market experts believe ApeCoin’s rally was driven by the expectation of a land sale in “The Otherside” metaverse.

As mentioned above, the BAYC tweeted news of its “Otherside” launch on its first anniversary. In another tweet, the team’s founders noted what an “insane year” it has been. The BAYC also welcomed “many more” successful years “to come.”

One year ago, anyone could have minted a Bored Ape NFT for 0.08 ETH. Since that time, even people outside the NFT community know what has happened to the value of Bored Ape NFTs. It’s rare for this 10K NFT collection not to rank in OpenSea’s weekly top five lists, and the current floor price for one Bored Ape NFT is around 138.5 ETH (~ $400,000).

There have been many factors behind the BAYC’s insane success, including the Mutant Ape airdrops, the release of ApeCoin, and massive partnerships with the likes of Adidas. Yuga Labs also added the IP rights to CryptoPunks and Meebits NFTs to its portfolio in 2022. And, of course, who could forget the dozens of A-list celebrities that now have their own ape avatars?

Although some reporters speculate projects like Azuki or Moonbirds could dethrone the BAYC, few people doubt Yuga Labs’ signature NFTs will ever fade away. Considering the recent price action for Yuga Labs’ NFTs and ApeCoin tokens — plus the high demand to get involved in “The Otherside” metaverse — it’s likely the BAYC can look forward to yet another “insane year.”