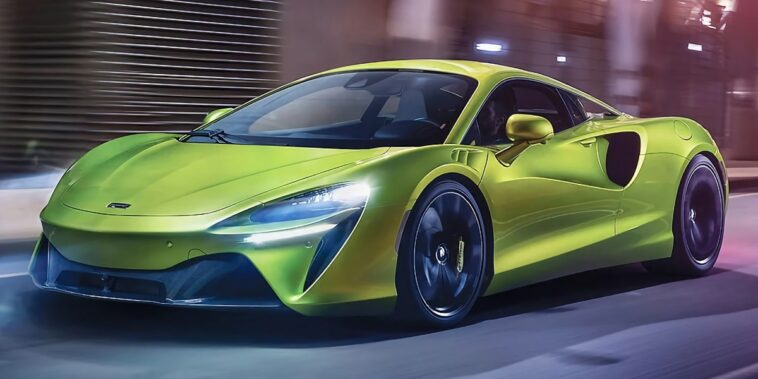 McLaren Automotive has partnered with InfiniteWorld to create and mint non-fungible tokens (NFTs) for its luxury supercars.

InfiniteWorld is a metaverse infrastructure platform that helps companies create and monetize digitals assets (NFTs) for Web3 and the metaverse.

In December, InfiniteWorld announced it was going public through a $700 million merger with Aries I Acquisition Corp, a special purpose acquisition company. The entity will trade as “JPG” on the Nasdaq stock exchange.

McClaren, the UK-based carmaker is also planning to build an NFT marketplace for the sale of NFTs and says that exclusive experiences will be granted to owners of their NFT collections.

McLaren is known for its Formula 1 racing team and for building luxurious and lightning-fast supercars, like the 720S Spider, the 756LT, and Artura.

With the move, the company hopes it can improve customers’ digital experience and give fans the possibility to mint unique NFT collectibles of their historic supercars.

McLaren is far from the only luxury car brand interested in metaverse and NFT technology. A few months ago, Italian car company Lamborghini premiered a creative NFT project comprised of five exclusive digital artworks that are unlocked with special “Space Keys.”

The “Space Keys” come with utility and are actual physical keys that were created from carbon fiber samples that Lamborghini sent to the International Space Station in 2019.

In December 2021, Ferrari partnered with Velas Network, a Swiss tech company, to make the company the primary sponsor for Ferrari’s Esports racing team. Velas Network is known for its contributions to Web3 and the metaverse, including creating a fast and carbon-neutral blockchain.

Lastly, CarForCoin, a marketplace where people can buy exotic cars with crypto or cash, has combined NFTs with actual physical luxury cars. When you win an NFT auction of select luxury cars on their site, you receive an NFT digital collectible, and most importantly, an actual car.

NFTs have been riling up excitement in a myriad of markets. From fashion to music, and now luxury vehicles. Given the NFT market is expected to grow by billions annually, it’s no wonder companies are taking advantage of the nascent technology and preparing for what’s being called the next iteration of the internet, Web3.