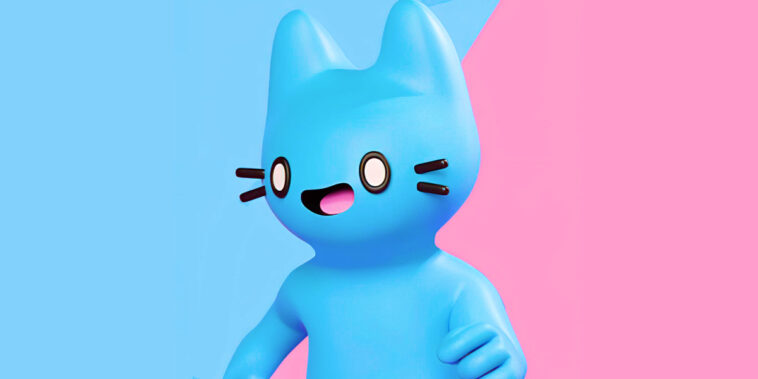 The kid-friendly Cool Cats NFT collection is heading to off-chain marketplaces soon. The Cool Cats collection leadership team revealed in a press release earlier this week that it has partnered with London-based entertainment company Toikido to create and distribute merchandise.

The deal is set to bring Cool Cats to the physical store shelves in the form of toys, including plushies and a wide range of other merchandise.

Cool Cats co-founder Evan Luza touted the deal, saying “toys, plushies and premium merchandise” have been at the top of Cool Cats holders’ wish lists. The leadership team is “stoked” that it found the right partner in Toikido to create and distribute the merchandise.

According to the press release, the merch will be ready by the 2022 NFT.NYC conference, which will take place between June 20th and 23rd.

Toikido founder and CEO Darran Graham said he is passionate about non-fungible tokens and that the Cool Cats collection has been a favorite since it was first minted. In his view, Toikido is the “right company” to take the Blue Cat’s essence and create products that “delight the community.”

Graham also noted that a goal of the merchandising line will be to raise awareness of the Cool Pets collection, which has yet to attract the same attention as the original Cool Cats NFTs.

The Cool Cats collection soared in popularity throughout the back half of 2021, armed with a strong community that included Mike Tyson and influencer Farokh. It has since cooled after mishaps, notably surrounding communications, but that hasn’t stopped the team from building. In 2022, it thus far has:

Although the floor price for the collection has fallen, the team has been arguably one of the busiest outside of the Bored Ape Yacht Club’s Yuga Labs. And builders generally fare well in the NFT space, with a popular saying being to “Bet on the jockey rather than the horse.”

Time will tell if this partnership with Toikido is enough to turn the ship around, but given that it will create a new revenue stream for the Cool Cats team, which could feed back into the project, things might be looking up again.