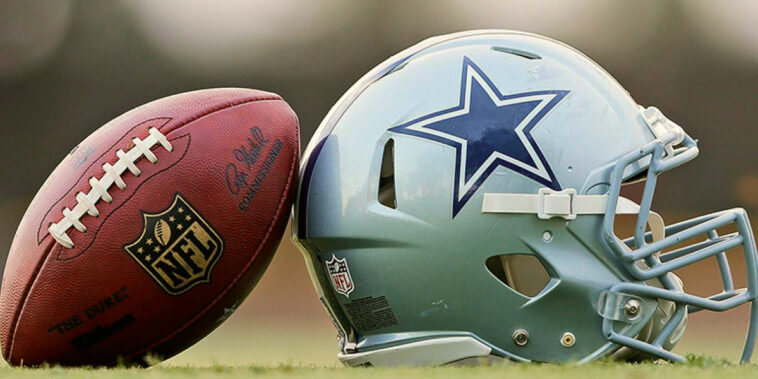 Just a month after the National Football League relaxed its rules regarding crypto companies and team sponsorship deals, Blockchain.com landed a whale: a deal to become the exclusive digital asset partner of the Dallas Cowboys.

The deal, the financial terms of which were not disclosed, will allow Blockchain.com to have many sponsorship opportunities. These opportunities include advertising, branding, and in-person events. Cowboys fans will also receive perks from the crypto company, including an extra $50 when they sign up for $100 of digital assets on the Blockchain.com website.

Jerry Jones, the Dallas Cowboys owner, said Blockchain.com is trying to bring “Wall Street to Main Street” and digital assets to everyday Americans. This ethos makes the partnership a “touchdown” for the millions of Cowboys global fans.

Blockchain.com’s CEO said that a goal of the long-term partnership with the Dallas Cowboys is “to help the world” understand cryptocurrency. The company added that it would be there on Thanksgiving Day, a popular day for American football when the Dallas Cowboys always play.

The partnership is just the second major crypto partnership with NFL teams, taking place months after the New England Patriots partnered with Socios. This company meshes cryptocurrency with fan loyalty.

NFL Continues to Wade into Web3

Although the Blockchain.com-Dallas Cowboys partnership is big news from an individual team standpoint, league-wide, the NFL has been busy integrating Web3 into its fan experience.

In 2021, it partnered with Dapper Labs (a top 10 NFT company) to create the next generation of sports collectibles called “moments.” Named NFL All Day, the platform has seen a rush of trading since the marketplace opened, with some moments going for higher prices than the “packs” from which they were initially purchased.

The NFL has also worked with teams to release NFT collections during the 2021-2022 playoff season. Many of these NFT collection releases have explored an oft-not-mentioned avenue for NFTs: POAP or proof of attendance protocol. For instance, some NFL fans received NFTs for attending playoff games, commemorating the event.

The difference between these instances and today’s announcement is that generally, the NFL has acted on behalf of teams rather than the teams acting for themselves. In this case, the Dallas Cowboys form one side of the partnership rather than the “Shield.” This deal could open the doors for more NFL teams to sign with crypto companies, which are in a lucrative industry flush with cash.